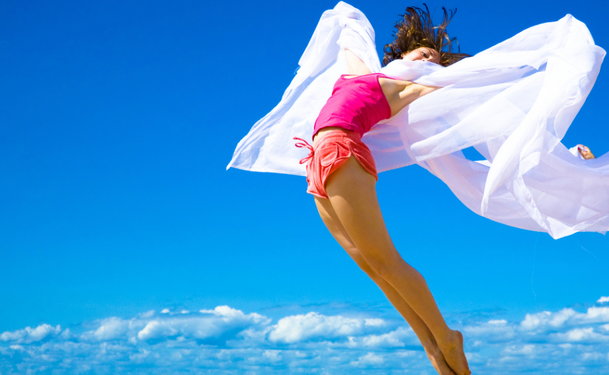 All the Realistic Methods Used to Achieve Perfect Legs

Every man and woman, at some point in their lives, fantasizes about having the perfect body. Realistically though, very few of us will ever be able to achieve that goal. But let's focus on steps to approaching the goal of perfect legs, and doing the best you can to get them.

The areas of the legs consist of the buttocks, thighs, calves and ankles. Each of these areas has the potential for unique problems, but by far and away, the most common concern with the legs to a large majority of women are unsightly varicose and spider veins. Varicose veins are large ropey and ugly structures that usually are red or blue in color. Spider veins, on the other hand, are smaller spider-like veins that can occur on almost any portion of a leg.

Up until 10 years ago, the only treatment for varicose and spider veins were either a relatively radical surgical procedure called stripping the veins, or an injection procedure with saline called sclerotherapy. Both of these treatments have since become less common. The current state of the art treatment for varicose veins is a laser or radiofrequency technique to close or seal the leaking valves. As far as spider veins are concerned, these are still treated by sclerotherapy, but the newest method is to use a foam solution which is significantly less painful than saline with much improved results.

The basic concept revolving around varicose veins is that the veins are a result of valves malfunctioning. These valves that are present in the varicose veins leak leading to the enlargement of the veins. The diagnosis is made by an ultrasound and the treatment is based on the ultrasonic findings. In general, the treatment consists of closing the leaking valves with either a laser or radiofrequency filament. This is then followed by injecting the spider veins. Spider veins can be treated strictly by injection sclerotherapy unless they have underlying valves that malfunction and are feeding the spider veins. If this is the care, then the valves should be treated first by a closure technique followed by treating the spider veins.

The next area of concern for many people is the fat in their legs. There are several ways of treating fat in the legs, but the goal standard is liposuction. Liposuction can be done in any area in the legs, from the buttocks, to the thighs, to the calves, to the ankle. The technique of liposuction that is used in my office is called tumescent liposuction. This is done awake with local anesthesia and no need for intravenous sedation. It is done by a technique called tumescent, which means a very dilute local anesthesia is injected into the area between the skin and the muscle where the fat lies. This results in the fat rising to the surface as the anesthesia sets. Small millimeter pinholes are made in strategic areas and through very tiny cannulas, the fat is removed. The next day, you are able to return to most routine activities.

In addition to tumescent liposuction, another technique used is that of powered liposuction, whereby the liposuction cannula is connected to a high powered air source that is able to vibrate more than 1,000 times per second to do the liposuction very quickly, leaving a smooth end result.

In addition to having liposuction of the legs, women often are interested in lifting the buttock area. This can be done by the Brazilian buttock lift, whereby fat taken from one body area can be placed into the buttock area to enhance the contour of the buttocks. Another advantage to liposuction is that the fat that is removed through liposuction and can be used and transferred to other areas and often times can be placed strategically as a filler on the face.

Leg and buttock contouring can also be done non-invasively using a Vela Shape machine. This machine made by Syneron consists of radiofrequency, ultrasound heat and infrared light. The heated fat is mobilized into the blood stream by the ultrasound and massaging techniques of the machine. The drawback to Vela Shape is that it requires approximately five treatments, spaced at three week intervals, and does require one to two touchup treatments per year. However, for those of you who do not require liposuction and who are looking for a body sculpturing and contouring effect, Vela Shape may be perfect for you.

Other areas of concern in women especially around the buttock and thigh is cellulite. Cellulite is basically a hardening of the skin causing fibrosis. The exact etiology of this is unclear, but it is felt to have a congenital component and do to thickening of the skin and subcutaneous tissue in certain areas resulting in an irregular cottage cheese-type of appearance. This can occur even in very thin individuals. It is interesting that this rarely occurs in men.

There are no ultimate and all inclusive treatments for cellulite. However, there are many forms of therapy available that can help to control this. There is mesotherapy, which is the injection of multiple solutions into the area. Most of these solutions consist of a fat dissolving substance which can be injected directly into the areas of the cellulite to help to shrink them. In addition to that, the Vela Shape machine does help to lessen the appearance of the cellulite. There is also a form of therapy called carboxy therapy where carbon dioxide is injected into the cellulite to help shrinkage. Unfortunately, with all of cellulite, there is no single treatment that will resolve it.

To have perfect legs is a gift given to only a precious few. However, the methods to try to achieve individual goals and to approach the attainment of perfect legs is available to all of us.