The VQI VVR: The Importance of Registries in Assessing Treatment of Superficial Venous Disease 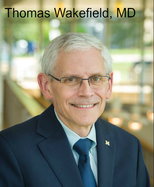 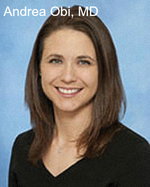 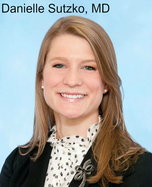 The Vascular Quality Initiative Varicose Vein Registry (VQI VVR) was established to improve patient care in the current era of treatment of varicose veins and venous insufficiency. This registry is a collaboration between the American Venous Forum (AVF) and the Society for Vascular Surgery (SVS) Patient Safety Organization (PSO). The VQI, which launched in 2011, is designed to improve the quality, safety, effectiveness, and cost of vascular health care. The VQI includes a web-based data registry with real-time reporting, allowing physicians and centers to compare their results, processes of care, and outcomes with other physicians and centers (in an anonymous way).

Currently, more than 392 hospitals and community-based practices in 46 states (and in Ontario, Canada) participate in the VQI, with 17 regional groups. As of 12/01/2016, more than 337,000 procedures have been captured.

“The strengths in a professional society driven, quality improvement registry are significant. The registry on the most fundamental level is designed and driven forward by individuals with academic rigor, expertise and commitment to the scientific method.”

The VQI is built on the Pathways clinical data performance platform (M2S, Inc.), allowing users to track, measure, and analyze clinical information, promote collaboration, objectively drive decisions, and optimize performance. M2S is a health care performance management solutions company that has partnered with SVS and AVF to develop and support the VQI. VQI provides quality reporting measures so that physicians can meet upcoming MIPS/MACRA requirements in 2017, which will dramatically affect their Medicare payment in 2019.

Background and Nature of the Varicose Vein Registry 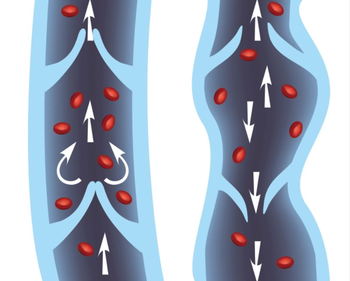 The VQI VVR is the successor to the original varicose vein registry established by the AVF.1-3 It is designed to analyzeprocedural and follow-up data, benchmark outcomes regionally and nationally for continuous improvement, and help meet Intersocietal Accreditation Commission (IAC) certification requirements for vein centers. Ultimately, this results in developing best practices to improve outcomes.

Some key features of the VQI VVR include the incorporation of Clinical, Etiology, Anatomy and Pathophysiology and Venous Clinical Severity Scoring classifications, as well as the inclusion of a patient-reported outcome assessment tool. Since the launch of the VQI VVR, 7,952 procedures had been included in the VQI VVR as of December 1, 2016.

Data collected from January to November 2015 in the VVR included 2664 veins in 1803 limbs of 1406 patients treated for varicose vein disease.4 The vast majority of patients entered into the registry were female and Caucasian, with nearly one-third having previously sought varicose vein treatment. Both extremities were equally affected, with one-third of patients exhibiting concomitant deep vein reflux. Axial reflux was treated almost exclusively by endovenous treatment in nearly 90% of cases (55% RFA and 34% EVLA).

Treatment of clusters was largely performed with office-based phlebectomy (85%). The average VCSS score improvement was 4.7, and patient reported outcomes of heaviness, achiness, throbbing, swelling, itching, appearance and work impact showed improvements in each area. The complete findings of this first registry analysis will be published in the Journal of Vascular Surgery: Venous and Lymphatic.

What VVR Has to Offer

Registry data offers an important avenue by which to pursue answers to relevant clinical questions. While the gold standard in clinical medicine will always remain, the well-designed randomized clinical trial (RCT), registries play an important in role in:

“With many registries, some integration among them all makes great sense, and has been emphasized as a goal at the recent Medicare Evidence Development & Coverage Advisory Committee (MEDCAC) meeting held by the Centers for Medicare and Medicaid Services (CMS) in July 2016.”

The strengths in a professional society driven, quality improvement registry are significant. The registry on the most fundamental level is designed and driven forward by individuals with academic rigor, expertise and commitment to the scientific method. Anticipated barriers to success include the need for data audits to ensure accurate and uniform reporting, and long term follow up.

Although no crystal ball is available, we predict that important questions that may be answered either from registry data alone or using the registry as a platform for RCTs/observational trials could include the following:

With many registries, some integration among them all makes great sense, and has been emphasized as a goal at the recent Medicare Evidence Development & Coverage Advisory Committee (MEDCAC) meeting held by the Centers for Medicare and Medicaid Services (CMS) in July 2016. As multiple registries are authored and championed by various groups, it is not feasible to think that all registries will come together and become one large registry.

Additionally, each registry has its focus and in many cases, the focus is different from registry to registry. However, what seems most important is the harmonization of core data elements, to allow interoperable extraction of data from multiple registries. With such harmonization of core data elements, aspects of the various registries may be shared, leading to greater power in the ability of registries to influence patient care and provide the information needed to optimize treatment decisions for our venous patients.

With the memory of the 2013 NIH sequestration still freshly imprinted and actively affecting surgeons and phlebologists, and decreased local/departmental funds with ever-decreasing reimbursement, registries loom large on the horizon in the current funding climate, symbolizing a new paradigm in the ever evolving arena of clinical research.5

The authors wish to thank Lowell Kabnick MD and Jack Cronenwett MD for their assistance with this editorial.