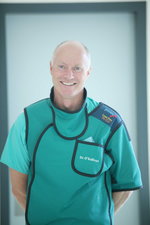 Over the past 25 years arterial stent introduction systems have changed considerably. From the first 7F for 10mm diameter Palmaz and Wallstents, we have now shrunk down to 10mm through 4F on 0.018 wires. This has occurred because the wire lumen has decreased in size from 0.035” to 0.018”, stent struts have become thinner, and engineering specifications have grown tighter.

Radio-opacity has decreased, with tantalum/titanium markers now guiding us as to the ends of the stents. This has been possible because it was realized that arterial stent placement was acting as a scaffold to stabilize the deliberate cracking of arterial wall plaque. Recoil forces are low. Stenting confers slightly better results than angioplasty in the iliac arterial system, mainly by decreasing the rate of angioplasty-induced dissection.

It couldn’t be much more different in the venous world. Up until four years ago, in Europe, the Wallstent was still the number one venous stent—in the United States, it has almost always been number one. But then, in fairly quick succession, “dedicated” venous stents obtained CE marking (European equivalent of the FDA). These were, in order of launch: Cook Medical Zilver Vena (Limerick, Ireland), OptiMed Sinus Venous (Karlsuhe, DE), and the Veniti Vici (St. Louis, Missouri). Boston Scientific obtained a retrospective CE for venous indication on the Wallstent in 2015.

So are the new “dedicated” venous stents really that different? Well, yes, they are.

The Cook Zilver Vena is an open-cell, laser-cut nitinol, self-expanding stent on a 6F/0.035” platform (see figure 1). It is very precise, shows zero foreshortening, has 30% higher radial force than the Cook Zilver, and the results of the VIVO EU study have been encouraging. It has excellent wall conformability and trackability (see figures 2, 3). It is available in 14 and 16mm diameters and 60, 100 and 140mm lengths. This stent is currently on a multicentre U.S. FDA trial and enrollment is at about 75%, so results should be available in the next 18 months or so.