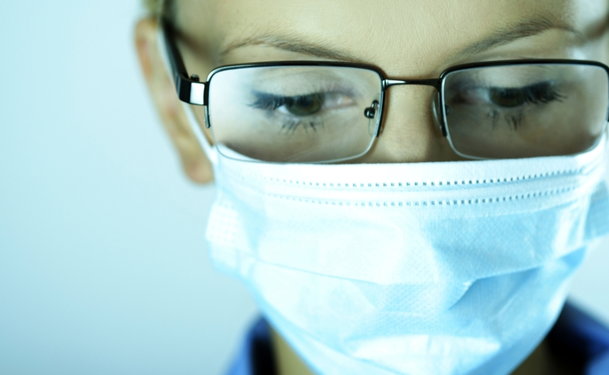 One Doctor's Mission to Treat Vein Disease in Honduras

We were awakened early by the sound of roosters and the chatter of local tourists on the beach outside our hotel in Tela, Honduras. Our group of about 35 physicians, nurses and support personnel had arrived the previous night, following a two-hour bus ride from the tiny San Pedro Sula airport. While eating our breakfast of red beans and scrambled eggs, we could only guess what awaited us at La Ceiba, the coastal city (pop. 250,000) on the Caribbean that was to be our final destination. We would spend two days getting oriented and organized and five days seeing patients in a makeshift, MASH unit-style clinic.

The mission, organized by the Hackett-Hemwall Foundation, of Madison, Wisconsin, had made many trips to Honduras in the past 30 years to treat a variety of health issues. This trip, however, was only the third to bring specialists to treat vein disease. Having worked with the Indian Health Service before, and having experienced firsthand the face of poverty in our travels to other countries, we were receptive to the invitation to join this mission.

This first stop in Tela provided a place to meet with the other vein specialists (phlebologists). They had varied backgrounds, including vascular and general surgery, internal medicine and interventional radiology. The diverse medical staff had come from across the U.S., Canada and the Netherlands. During our orientation, we were divided into two teams. One team would stay in Tela, and our team (of 18 personnel) would travel the winding countryside to our assignment in La Ceiba. The Hackett-Hemwall Foundation had delivered pallets of medical supplies to both locations.

Honduras is a Spanish-speaking country bordered by Guatemala on the north and Nicaragua on the south, and is about half the size of Minnesota, with a population of over 7 million. Poverty is prevalent, as many rural families live in one or two-room huts with dirt floors.

The clinic in La Ceiba

The Honduras Red Cross clinic where our team treated patients consisted of a rectangular, 600-square foot room. We set up seven treatment stations by interconnecting a system of poles draped with sheets. Each makeshift room had a Mayo stand with supplies, a portable ultrasound machine (loaned by Sonosite and Terason for the trip) and very few stepping stools. The padded exam tables, simply handcrafted from plywood and 2 x 2 planks, had received a coat of fresh white paint.

From the waiting area, a larger set of doors opened into the courtyard, where typically about 200 women stood each day. Many arrived as early as 3 a.m. in hopes of receiving care that day. Each time the courtyard door cracked open, patients clamored to be admitted. We had a list of patients who signed up each day, but the crowd grew far beyond that list.

It was always difficult to stop working at 5:30 p.m., when the van arrived for our ride back to our lodging. Although the crowd seemed to fade away about the time our transportation arrived, we were never quite certain if we had seen everyone or if the patients had just disappeared until the next day.

We saw 854 patients in five days at our clinic in La Ceiba. At each of the seven stations, patients were escorted by a Honduran student/interpreter after being evaluated at the triage station. The students, who were tenth and eleventh graders from a local high school, provided excellent translation. They obtained clinical histories at the bedside and assisted with diagnostic ultrasound. Several students even became adept at assisting with patient treatments. Following physician treatments, dressings were applied and translated instructions were provided. Many times, the physicians worked with minimal or no assistance, and we quickly sharpened our bilingual skills.

Our reward was the grateful thanks of our patients, who often showered us with affectionate hugs or kisses. While adequate medical care is available to those with the means to pay, many of these urban and rural patients had very limited access to medical care. After they left the clinic, most patients had to negotiate a return to their homes, which were a 6-10 hour trip in many cases.

It was harrowing to see the vast numbers of vein-related ulcerations among the many other symptomatic varicosities. Patients with ulcerations and other skin changes were given treatment priority. After the first three days, our supplies began to dwindle, so we did our best to improvise and smile through our feelings of frustration.

Our station team treated at least 20 patients our first day. The clinic recorded seeing 184 patients on day one. On subsequent days fatigue started to set in, but we still saw about 150 to 160 patients each day. The most common complaints were leg pains, swelling, bulging veins and both healing and open ulcerations.

Nearly any abnormality of venous circulation will ultimately result in the development of varicose veins. Varicose veins are nothing more than superficial veins that have dilated in response to increased pressure and turbulence. Increased pres-sure can enter the superficial veins by failure of key valves at any point of communication between the deep and superficial systems, or in tributaries. Commonly affected are the greater saphenous vein, which courses medially in the lower extremity, and the small saphenous vein, which runs behind the calf.

Up to 50 percent of patients with varicose veins have secondary cutaneous abnormalities, related to progressive syndromes of chronic venous stasis and chronic venous hypertension. The venous disorders that a phlebologist normally treats are graded according to the CEAP (clinical, etiological, anatomical and pathophysiological) classification scale. Clinical signs are graded from zero to six, with zero representing no visible or palpable signs of venous disease and six representing active ulceration. In Honduras, we treated a disproportionately large percentage of patients with grade four (skin changes, such as hyperpigmentation and venous dermatitis) through grade-six disorders. This phenomenon likely was related primarily to the lack of medical care, on top of a genetic predisposition.

Upon arrival at one of the medical stations, patients with varicosities had an ultrasound examination to determine the source of their problem.

In the U.S., varicose veins and venous incompetence may be treated surgically or non-surgically. Before the development of minimally invasive techniques, ligation and stripping techniques relegated venous surgery to the operating room. In the late 1990s, development of endovenous ablation of saphenous veins resulted in outpatient treatment of varicose veins, done with local anesthesia and minimal sedation. Since then, endovenous ablation using radiofrequency or laser has been carried out not only for saphenous veins but also for major tributary veins, as well as for larger surface veins. However, in Honduras, these newer, less invasive ablation procedures are financially out of reach for the vast majority of patients. Our specialty vein clinic therefore provided advanced treatment for varicose veins with the use of ultrasound-guided foam sclerotherapy.

Foam sclerotherapy makes it possible to treat larger varicosities, such as saphenous truncal incompetence. This form of sclerotherapy involves mixing a detergent solution with a gas and using ultrasound to guide the delivery of the foam sclerosant. Foam sclerotherapy allows better contact between the sclerosant detergent and the vein wall, resulting in spasm and subsequent closure of the vein. In previous visits to Honduras by the same group, the use of foam sclerotherapy to treat saphenous disease had been shown to be effective in treating even advanced disease such as venous ulcers. Moreover, the treatment is relatively inexpensive to produce and administer.

At the end of the week, our fatigued medical team began dismantling the clinic. Everything from pole structures to beds and mayo stands was disassembled and placed in boxes to be transported offsite and stored for the next mission. Only dust and a few tables remained in our rectangular room when we finally closed the door.

Later, we joined the group from Tela and spent the evening comparing our medical adventures over good food and delightful and unexpected native entertainment. Between the two clinics, we had treated over 1,400 patients an average of 61 patients per physician in five days. Many physicians felt they had provided relief for patients in need of care. Many also felt frustrated with the poor follow-up care, diminishing medical supplies and lack of teaching opportunities and interactions with local physicians.

We look forward to returning to provide much-needed vein care, and to rekindle friendships in this impoverished, yet culturally rich land.