Home>Articles>None>Debunking the Myth of Cankles 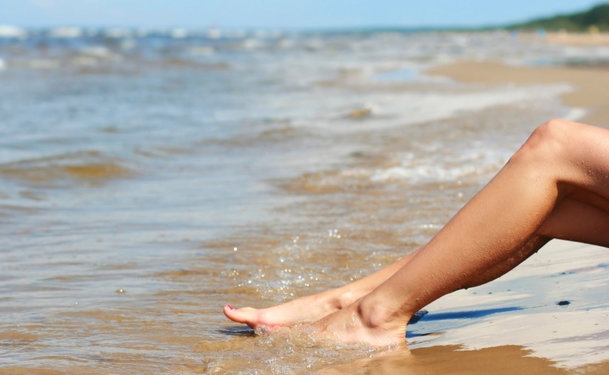 Debunking the Myth of Cankles

The issue of cankles (where the calf and ankle appear to have merged as one) was recently discussed on daytime MD talk show "Dr. OZ." I have seen many patients with similar appearing calves and ankles which have been self described as their Grandma’s ankles, as Nunn’s ankles, piano legs and stovepipe legs to name just a few.

As I caught the last segment of the show when I entered the waiting room at Vein Specialists to speak with a patient, Dr. Oz was reviewing the causes of “cankles”. I found it odd that missing in the differential diagnosis list was VENOUS INSUFFICIENCY OR LEAKY VEINS, as well as other causes. Pregnancy, fatty foods and heart and kidney problems were identified as potential causes although the mechanisms were not well described. The idea of the topic for this article donned on me as I saw the first half dozen patients during my Monday clinic the following week, and three of these patients had no obvious signs of varicose veins, or heart failure or kidney failure, nor were they pregnant or fat. Yet all three had what I refer to as “cankles” and all had ultrasound evidence of severe venous insufficiency. With an estimated 35 million adults in the U.S.A. affected by significant superficial venous insufficiency, a significant number of patients may present with atypical signs of leaky veins, such as the above referenced “cankles” and other nicknames for thick and tubular appearing ankles. Women are more likely to seek medical attention for this finding than men. They are teachers, nurses, hairstylists, cashiers, stay at home moms, receptionists, physicians, scientists and a variety of other occupations. What they have in common is a family history of venous insufficiency, possibly a few full term pregnancies, a long history of heavy legs and fatigue like symptoms which are classically worse at end of the day.

Patients may have to urinate frequently at nite, often have to loosen their shoes as the day progresses and often note restless legs when they lie down at nite. Elevation eventually relieves their discomfort as the fluid in the legs returns to venous circulation at the level of the collar bone where the thoracic lymphatic duct returns the clear serum back into the internal jugular vein. This returned fluid is then processed into urine by the kidneys, stored in the bladder and often necessitates frequent nighttime trips to the bathroom (nocturnal diuresis). This straight forward cycle repeats itself daily with increased venous pressure in the ankle area due to leaky vein valves, resulting in seeping of serum out of the thin-walled veins into the surrounding skin and fat (appearance of “cankles”) which progresses over the course of the day, until elevation and rest are possible. Over the course of many years the “cankles” appear to more permanent in nature as the net addition of liquid outpaces the body’s ability to rid itself of the extra water since we spend 2/3 of our 24 hour days upright (standing, sitting and walking) and only 1/3 in the bed with legs elevated. I agree with Dr Oz that effective conservative therapy includes exercise, as this helps the calf muscles pump at least some of the extra fluid back up to the jugular vein. However, unless the most common and TREATABLE underlying cause of “cankles” (venous insufficiency) is scientifically ruled out with duplex ultrasound examination, I would not encourage any of my patients to have liposuction of their “cankles”. In the younger population, first consider venous insufficiency. In the older population, one needs to consider heart failure, kidney dysfunction, excess salt intake, medication side effects as well as venous insufficiency. Venous insufficiency should be considered and ultrasound evaluation completed early in the evaluation of swollen ankles rather than as a last ditch diagnosis, grasping for the proverbial straw.