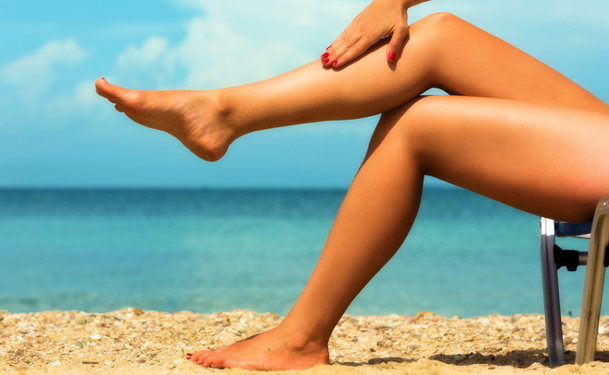 Are You Ready For Swimsuit Season?

Swimsuit season is quickly approaching—are your legs ready for summer? If you suffer from unsightly varicose veins or spider veins, you may be uncomfortable wearing shorts, skirts or swimsuits when you go outside. The good news is that several minimally-invasive treatments will help your legs look and feel better.

How are varicose and spider veins treated?

Compression stockings can help relieve the symptoms of varicose veins. They apply pressure to the legs to help push the blood toward the heart. However, these will not get rid of your varicose veins.

For that, you can turn to one of several treatments:

How long will it take to treat my varicose veins?

Treatments for varicose and spider veins are quick and involve little to no pain. However, it may take several weeks to months before your varicose veins disappear and you fully heal after treatment. For this reason, many seek treatment well before summer hits.

Here is a general recovery timeline for the different varicose vein treatments:

What results should I expect after varicose vein treatment?

In most cases, varicose vein treatment will get rid of your problem veins. In some instances, varicose veins treated with sclerotherapy or endovenous thermal ablation will reopen later on. This is uncommon for spider and smaller varicose veins.

None of the treatments, though, will prevent new varicose or spider veins from forming.

What are varicose and spider veins?

Varicose veins appear as swollen, twisted veins beneath the surface of the skin. They can be red, blue or flesh-colored. They often show up on the inside of the leg, backs of the calves or thighs.

Spider veins are similar to varicose veins but are smaller and closer to the surface of the skin. They can appear blue or red, and look like spider webs or tree branches. They show up on the legs and face. They may cover a large area of skin or just a small part.

What causes varicose and spider veins?

Sun exposure, injuries or changes in the hormones in the body can also contribute to the formation of spider veins.

Many factors increase your chance of getting varicose or spider veins, including:

Tips for Summer Ready Legs
What Exactly Are Varicose Veins?
Vein Treatment Timing: How Far In Advance of Your Vacation Should You Schedule Treatment?