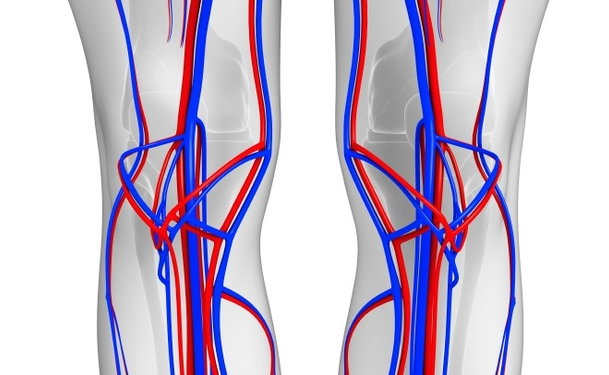 Patients seeking relief from varicose veins without surgery may consider Endo Laser Vein System, or ELVeS, a procedure developed by Biolitec which stops the blood from flowing backwards and pooling as a result of problems in the greater saphenous vein. The ELVeS uses laser light energy to constrict the walls of the damaged vein and direct the blood supply to healthier areas.

How does ELVeS work?

ELVeS uses laser fibers to treat varicose veins in an outpatient procedure that is only minimally invasive. The doctor first uses ultrasound to identify the damaged veins. Then, he or she numbs the area with lidocaine for the patient’s comfort, before starting an IV through which to introduce the laser into the vein. Under ultrasound guidance, the doctor inserts a tiny fiber into the vein and positions the laser light to close off the damaged portion of the vein. During the procedure, the doctor can actually monitor the path of the laser energy on the screen. The energy from the laser is absorbed by both the water in the blood and cells of the walls of the vein, causing them to heat and collapse. The laser is so precise that it does not damage the surrounding tissue.

What are the advantages of ELVeS over other procedures?

ELVeS takes less than an hour and can be done without general anesthesia or hospitalization. ELVeS minimizes the possibility of perforations of the vein during the procedure. According to most patients, the worst pain involved is the injection of lidocaine which feels something like a bee sting. Other procedures such as vein surgery leave scarring and are much more expensive, particularly those requiring hospitalization. Although sclerotherapy can chemically achieve the same results as ELVeS, it is not always recommended for larger varicose veins. Unlike some other procedures, ELVeS leaves the skin smooth with no changes in pigmentation and results in less bruising initially.

Who is a candidate for ELVeS?

Most individuals with incompetent or leaky superficial veins of the leg are perfect candidates for ELVeS. This system is effective for problems with both the great saphenous vein and the small saphenous vein.

Recovery after treatment with ELVeS is generally quick and almost pain free. Following the procedure, the doctor will apply a compression garment and ask the patient to walk around the office for about twenty minutes before leaving. Patients may immediately return to normal activities other than strenuous exercise, but the compression stocking must be worn for about a week. Patients may periodically feel a pulling sensation in the area of the treatment, but this generally can be resolved with over-the-counter pain medications. The doctor may do a follow-up ultrasound to ensure that the vein closed completely.

ELVeS has a success rate of around ninety-eight percent. After treatment with ELVeS, patients should have almost instant relief from the pain of varicose veins. The ugly, bulging blue lumps will be gone, and once the IV site has healed, the skin should be consistent in texture and coloring with the surrounding tissue.

What are the risks?

Because most providers use state of the art cooling systems when treating with a laser, this treatment carries little risk. A very small number of people develop blood clots following treatment with ELVeS. The only other reported side effect is some numbness in the affected area. Though this usually disappears with time, some patients have reported permanent numbness in a small part of the treated region.

Is ELVeS approved for use in the U.S.?

ELVeS received the approval of the FDA for the treatment of varicose veins in June 2002, and it has been used successfully by physicians since that time.

What is the cost of ELVeS and is it covered by insurance?

While ELVeS is covered by most insurance companies for treating varicose veins because they can be dangerous to both the heart and lungs, it is best to have the doctor’s office check the coverage before the procedure is scheduled. Costs vary from one region of the country to another, but many physicians will arrange a payment plan for those who are unable to pay in a lump sum. ELVes is a covered procedure under the U.S. Medicare system.