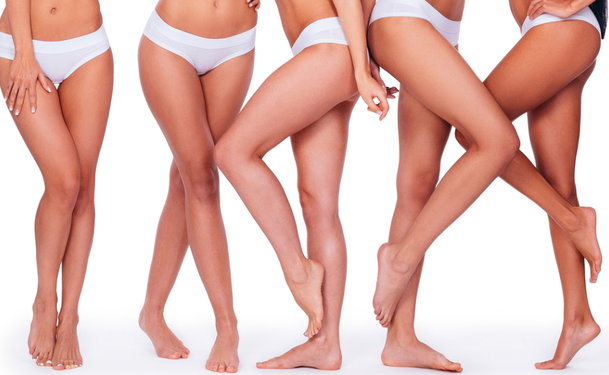 Varicose veins and spider veins are disorders that affect over 80 million people in the United States and countless others throughout the world. These disorders have been described as early as the time of Hippocrates, the physician responsible for the Hippocratic oath. Elongated, tortuous, rope-like appearing veins are the classic description of varicose Veins. These occur most commonly in the leg, but may also occur in other parts of the body.

The underlying cause of varicose veins is an abnormality of the venous system called valvular insufficiency, and it is the single most reason for spider veins and varicose veins. But for the valves themselves to become non-functioning, there are many reasons, including:

Other reasons for the development of veins malfunction includes sitting or being on ones’ feet for long periods of time, crossing ones’ legs, wearing high heel shoes, trauma, prolonged bed rest or any condition in which the muscles in the leg lose the ability to contract, such as prolonged illnesses or wearing casts.

The basic mechanism of varicose vein formation is that blood that is moved up the leg comes to a malfunctioning valve and has trouble getting through that valve. This results in the blood, in effect, going around the abnormal valve and then going through the side branches or through the skin veins to form bulging varicosities.

The underlying problem with varicose veins is valvular insufficiency and, in order to accurately diagnose this condition, it is essential that an ultrasound be done of the valves in the greater and lesser saphenous vein and, if necessary, of any accessory veins that may be contributing to varicosities.

Sometimes these veins occur up by the groin and sometimes in the medial and lateral portions of the leg. In patients who have had prior vein stripping procedures, it is impossible to diagnose the reason for the recurrence of veins without an extensive non-invasive ultrasound. This ultrasound should be done by a person trained to perform the procedure, called a registered vascular technician, and should be interpreted by a physician who has had specialized training in interpreting venous ultrasounds.

The diagnosis of varicose veins is made by an extensive ultrasound, which should document valvular insufficiency. Not only are the poorly functioning valves identified, but also the amount of malfunction can be categorized and measured. We do this by something called a “venous reflux exam”. Reflux is a measure of the flow of blood in the wrong direction in the valves and, the greater the amount of time that this occurs, the more significance is the malfunctioning of the valve.

After a Diagnosis is Made

Once the diagnosis of varicose veins has been made and once the etiology of the varicose vein problem has been determined by ultrasound, a plan of treatment can then be determined.

Up until eight years ago, the only treatment for varicose veins was an extensive procedure called ligation and stripping, which required multiple incisions and multiple sutures.

Nowadays the current state-of-the-art for the treatment of varicose veins consists of something called a “closure procedure”. What is done is that the valves are closed using energy supplied by a radiofrequency catheter or by a laser filament. This procedure can be done under a local anesthesia with minimum sedation and usually in an office setting as opposed to the old procedure of ligation and stripping, which oftentimes required a month of downtime.

The new closure procedures have downtime that lasts around 24 to 48 hours. The closure procedures seal the leaking valves so as to prevent blood from leaking through the valves into the side branch varicosities. If the varicosities are very large, then they can be disconnected and even sometimes removed through tiny 2mm puncture holes. Oftentimes these side branches can even be treated with a sclerosing solution called foamed sclerotherapy or liquid sclerotherapy to dissolve the veins without the need for their removal.

The original vein ligation surgery procedure had a significant recurrence rate and a long downtime. The end result was scarred and not aesthetically pleasing. The new closure procedures have rectified all of those problems. They have minimum downtime, no scarring and are aesthetically very acceptable.