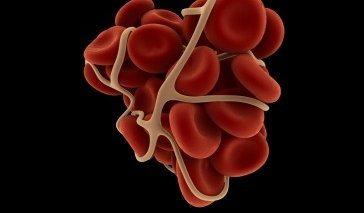 A Patient's Guide to Clotting Disorders

Blood clots are created by the body to stop bleeding. Healthy formation of blood clots involves both the building up and breaking down of the clots. If either the breakdown or buildup mechanism is thrown off, a blood clotting disorder can result. Clotting disorders can be acquired or inherited.

Your doctor can treat bleeding disorders with a variety of medications, including blood thinners.

How do blood clots form?

Blood clots are generally created by the body in response to an injury, to prevent the body from bleeding. In order to form a clot, the blood must contain platelets (thrombocytes) and clotting factors. Platelets are involved in congregating along the site of the wound and forming the “plug” in a clot. Clotting factors are proteins involved with changing the blood from liquid to gel form (coagulation). Clotting disorders can occur if there are insufficient platelets, clotting factors, or if either ingredient is not working properly.

There are several clotting disorders caused by the lack of anti-clotting factors in the blood.

Acquired clotting disorders develop as a result of disease, injury or some types of hormone therapy. Heparin Induced Thrombocytopenia is rare but serious disorder which develops as a side-affect to using heparin (a blood-thinning medication). Work closely with your doctor to monitor your blood-thinning and other medications.

Once a blood disorder is identified, treatment is usually necessary only during a bleeding episode or during surgery.

Your doctor will encourage you to be at your physical best by maintaining a healthy weight, nourishing your body with healthy foods, getting regular exercise, and avoiding smoking.

Signs of a clotting disorder

Blood disorders are present in nearly every case of deep vein thrombosis (DVT) a condition in which clots form in the deep veins. If clots break off in the deep veins and travel to the lungs, pulmonary embolism (PE) can form. PE can be life-threatening. In the case of PE, the abnormal blood clots symptomatic of some bleeding disorders are dangerous because they can travel to the brain, lungs, or heart. Patients with blood clotting disorders should look out for signs of stroke, heart attack or pulmonary embolism.

Seek immediate medical attention if you see any of these signs:

After a taking a thorough medical history and performing a physical exam, your doctor can order various blood tests to determine whether you are at risk for a clotting disorder, or if the disorder is active.

Deep Vein Thrombosis (DVT) and Pulmonary Embolism (PE): What You Need to Know
Deep Venous Treatments
Are You at Risk for Varicose Veins? Here Are the Warning Signs