Varicose Veins: It's in the Genes 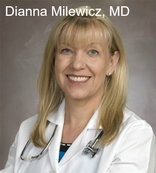 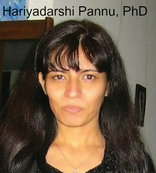 Varicose veins are one of the most common medical conditions in the western world, with 23% (about one-fourth) of adults in the United States affected with disease.1 Interestingly, this is one of the vascular diseases that is significantly more common in women than men, with twice as many women affected compared to men. Recent data shows that in the United States, varicose veins affect more than 22 million women and 11 million men between the ages of 40 to 80 years. Two million of these patients will develop symptoms due to chronic venous insufficiency.2

Patients frequently ask what caused them to develop varicose veins. They want to know if they will get more in the future, and if their children may be at risk for varicose veins. Many patients ask if they can prevent the development of future varicose veins after treatment or surgery. They are also increasingly aware that problems in the veins may be an indicator of risk for problems elsewhere in the vascular system, including problems in the arteries. 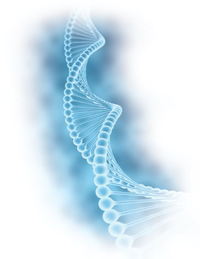 The Role of Genetics: A Look at the Studies

Epidemiological data strongly supports familial clustering for varicose vein disease. Up to 17% of patients with varicose veins are reported to have first degree relatives with disease.9 Research on the heritability of venous function measured by impedance plethysmography in twin pairs demonstrates that age and gender adjusted heritability for venous capacity is 30%, and for venous compliance it is 90%.10 This data supports a genetic basis for varicose veins.

In contrast with the population-based genetic approach taken in the two studies outlined above, family-based studies have been used to identify predisposing genes for varicose veins in the context of a syndrome. Varicose veins have been observed to be associated with a range of genetic syndromes. Chromosomal disorders such as Klippel-Trenaunay syndrome (KTS; translocation 8:14, 5:11), monosomy 14 and trisomy of chromosomes 7, 12 or 18 are associated with varicose veins.

“Varicose veins are one of the most common medical conditions in the western world, with 23% (about one-fourth) of adults in the United States affected with disease.”

A Novel Study on Varicose Veins

Based on clinical experience, as well as prior population based and family-based genetic studies, we have initiated a novel study to identify specifically those genes that cause varicose veins. The number of individuals impacted by chronic venous insufficiency worldwide and the evidence suggesting a genetic etiology of varicose veins are compelling reasons for this research. The project is a close collaboration between clinicians with a dedicated venous practice, led by Dr. Sheila Coogan, and Dr. Dianna Milewicz, a leading geneticist with a proven track record of identifying genes that cause vascular disease.

Dr. Sheila Coogan is an Associate Professor of Surgery in the Department of Cardiothoracic and Vascular Surgery at the UTHealth McGovern Medical School at Houston. Prior to returning her native Houston, Dr. Coogan worked at Stanford for six years where she developed expertise in minimally invasive vascular surgery. The Cardiothoracic and Vascular department has expertise in unusual aortic pathologies—including aortic aneurysms, thoracoabdominal aortic aneurysms, and aortic dissections.

During her tenure at McGovern Medical School, Dr. Coogan also developed an interest in the biology of venous disease. She has a robust clinical vein practice that includes varicose vein treatment, venous ulcers, deep vein thrombosis, and chronic venous obstructive disease. Dr. Sheila Coogan and Dr. Dianna Milewicz have collaborated over the years, and while having coffee one day in the nearby Rice Village, Dr. Coogan told Dr. Milewicz that most patients with varicose veins had a family history of the disease.

This conversation initiated the collaboration to study the genetics of venous disease using the same template that Dr. Milewicz successfully demonstrated for aortic disease.

Dr. Milewicz has focused her career on identifying the genes that, when altered, predispose to vascular diseases. She has identified genes for thoracic aortic aneurysms, acute aortic dissections, and early onset strokes. She has received numerous honors and awards for her research, including the Antoine Marfan Award, the Doris Duke Distinguished Clinical Scientist Award and the University of Texas Presidential Scholars Award for Excellence in Research.

Currently, she holds the President George H.W. Bush Chair of Cardiovascular Medicine, and is Director of the Division of Medical Genetics and Vice-Chair of the Department of Internal Medicine at the UTHealth McGovern Medical School at Houston.

Dr. Milewicz’s group has recently turned to whole exome sequencing (WES) to identify rare variants in novel genes for TAAD and increase the pace of novel gene identification. WES provides an unbiased assessment of genetic variants in the protein coding regions of the genome. Since approximately 85% of causative mutations for Mendelian diseases are found in the coding regions or in canonical splice sites, WES is an efficient approach to identify causative mutations for these diseases.21, 22 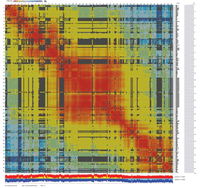 Commercial human exome capture arrays and next generation sequencing technologies are designed to capture and sequence approximately 97 - 99% of the exons and flanking introns that are in current genomic databases. Additionally, computer programs have been developed to map sequence reads to the reference human genome, identify genetic variants, annotate amino acid changes, predict the impact of an amino acid substitution on the structure and function of a human protein, and search minor allele frequencies in different populations using multiple publicly available databases, such as the National Heart Lung and Blood Institute GO Exome Sequencing Project (NHLBI GO ESP), 1000 Genome Project, and NCBI dbSNP databases.

Thus, WES has evolved into a robust technology for identifying coding variation at the genome-wide level and enabling researchers to identify causative rare variants predisposing to diseases rapidly and efficiently.

Parallel to advances in genetic technology, there have been advances in technology used to collect DNA samples for sequencing. State-of-the-art ”spit kits” (Oragene saliva collection kits, proprietary formulation) from DNA Genotek are now used for painless and facile collection of saliva samples to isolate DNA from patients. These DNA samples are stable at room temperature for several years.

In summary, varicose veins have a proven genetic etiology. We initiated a study focused on identifying genes predisposing to a single defined phenotype of chronic venous insufficiency—large varicose veins. Two patient groups are the initial cohort in this study:

The ease of obtaining DNA from a genetic spit test will allow the study to be carried out on patients globally. We look forward to updating you with the results of our research as causative genes for varicose veins are identified, and we look forward to collaborating with venous specialists worldwide.

For more information regarding the study, contact Dr. Coogan here.