The landscape of insurance is changing–there is a current focus on cost cutting strategies that disregard scientific evidence, and a trend towards greater consistency in policies that are administered by some of the Medicare Administrative Contractors (MACs).

As a result, there exists a compelling need for the American College of Phlebology’s (ACP) advocacy efforts to oppose all such egregious policies, as they may be mirrored in whole or in part by other MACs. A direct stance must be taken at times in order to advocate for access to evidence-based care for our patients.

The ACP has started to take a more hands on approach towards advocating for the society and vein specialists in matters relating to Medicare, insurance companies and third party payer issues. At each opportunity, the ACP has expressed interest in working with these organizations by providing content experts to help the carriers develop policies for the disease treatment process that are consistent with the scientific literature.

It is also committed to generating greater clinical data and evidence through the ACP PRO Venous Registry and through collaboration with other registries. In an environment of limited public resources and concerns about overutilization, we must rely on the available peer reviewed evidence to demonstrate medical necessity and best practices in the treatment of superficial and deep venous disease.

“The Novitas LCD on varicose veins threatens to restrict coverage to a large number of Medicare beneficiaries for symptomatic venous insufficiency.” 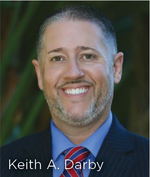 The Novitas LCD on varicose veins threatens to restrict coverage to a large number of Medicare beneficiaries for symptomatic venous insufficiency. The changes in the proposed LCD are a significant departure from prior Novitas policies and current LCDs from other MACs, as well as all commercial insurance carriers. The proposed policy is not consistent with published society guidelines or scientific literature, and will limit a patient’s access to appropriate medical care within those impacted areas.

In response to the Novitas policy, the ACP took immediate action by formally objecting to the proposed policy. Seven days after the policy was released, Novitas held an open meeting at their office in Mechanicsburg, Pennsylvania on January 26, 2017. Despite the short notice, the ACP Executive Committee contacted an ACP Physician member in the local area and the policy concerns were reviewed and discussed in detail.

The ACP’s representative discussed several key points during his brief presentation, including existing treatment based guidelines, how the policy differs widely in criteria from other MACs, and specific issues with the policy.

Following this meeting and through the wide range of contacts facilitated by the Alliance of Wound Care Stakeholders, the ACP had an opportunity to inform a member of the Novitas Mid-Atlantic Carrier Advisory Committee (CAC) on our concerns with the draft LCD prior to their meeting that occurred on February 15, 2017.

During this discussion, the member of the CAC provided a general overview of the public health perspective and policy drafting process. ACP representatives were then able to address their concerns, voice their recommendations, and present evidence to the member of the CAC, with the hope that those concerns would be compelling enough to be presented during the Mid-Atlantic CAC meeting.

Numerous discussions ensued on the joint venous community front in an attempt to gain perspective, and begin to open connections for a joint society consortium to publicly oppose the Novitas policy. Several face-to-face meetings occurred with society and industry leaders during the American Venous Forum’s (AVF) Annual Meeting in New Orleans, Louisiana.

The collaborative efforts of leadership from the ACP, AVF and Society of Interventional Radiology (SIR), during and after the AVF meeting, led to a written public comment to Novitas, which was initially drafted by the ACP with contributions from members of several other societies. After multiple iterations, a final public comment was agreed upon and countersigned by seven separate societies representing more than 16,000 physicians who treat patients with venous disease.

“This unprecedented collaboration across this many societies demonstrated that the entire venous and lymphatic community can come together with a single voice to advocate for patient care.” 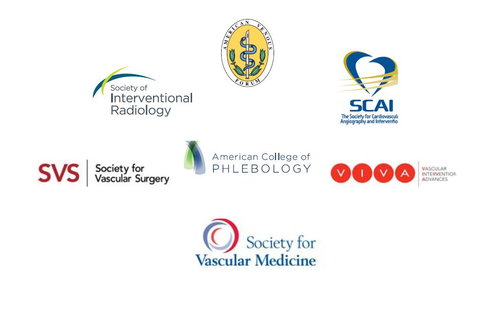 Additionally, the coalition addressed their most important concerns, offered recommendations for alternatives, and provided the full text version of each supporting piece of evidence. The coalition also offered Novitas volunteer content experts from our societies who could work with the policy writing team to develop policies that adhere to medical evidence, but are also respectful of protecting the resources of our shared Medicare trust.

This unprecedented collaboration across this many societies demonstrated that the entire venous and lymphatic community can come together with a single voice to advocate for patient care. The consortium’s public comment was submitted directly to Novitas on March 9, 2017, and the ACP provided essential leadership and administrative support to augment these efforts.

The ACP also submitted its own written comment directly to Novitas that publicly supported the seven-society consortium, and reinforced the request to withdraw the policy. Their request is based entirely on the fact that many of the proposed LCD changes have no supporting medical evidence, arbitrarily limit access to care for patients with clinically significant disease, and have the potential for serious patient health consequences.

Knowing the importance of strength in numbers, the ACP concurrently began its membership mobilization efforts by urging members in the impacted jurisdictions to have their voices heard. A member communication was sent out by email providing background information on the policy and urging them to make public comments in opposition of the policy.

We enthusiastically supported other organizations that wanted to share this message with their membership as well. In order to provide direction and maintain a consistent message that covers the main concerns of the policy, a list of specific objections were provided to be included in their comments, and individuals submitting comments were urged to use their own unique voice.

In addition, key medical literature references, a sample letter, and information on how to submit comments were also provided to support their efforts. This communication went out three separate times to our members, which generated numerous calls, emails, and inquiries to the ACP headquarters staff, who provided support.

Following the close of the open public comment period on March 9th, the ACP continues to advocate against the Novitas policy. Moving forward, the ACP encourages members in the impacted regions to contact their local congressmen and senators regarding Novitas’ LCD, and has a sample letter available for its members to reference.

On March 15th, a separate group conducting advocacy activities on this matter met with a Health Policy Advisor for Congressman Kevin Brady of the U.S. House of Representatives. Mr. Brady represents Texas, and is the Chairman of the House Ways and Means Committee, which oversees several federal agencies including CMS.

The ACP drafted a petition letter in support of the ACP constituents in Texas that went directly to the Health Policy Advisor. Many of our Texas members requested to be included on the petition letter, and this grassroots effort allows the society to express the cumulative voice of our members within that impacted jurisdiction.

ACP Leadership has also reached out directly to the American Association of Retired Persons (AARP) and the Alliance for Patient Access in an attempt to secure a voice from impacted Medicare patient populations - another attempt to garner resources to help prevent this draft policy from being adopted.

“This unprecedented collaboration across this many societies demonstrated that the entire venous and lymphatic community can come together with a single voice to advocate for patient care.”

The ACP leadership, along with other organizations in the coalition, has requested a meeting with the Novitas Medical Directors. The intent is to further discuss the draft’s policy, its impact on patient care and the evidence base, and formally request that the policy be withdrawn.

We have also been speaking directly with the staff of various members of the legislative branch to ask for help in voicing our concerns about the potential risks for patients if this policy is enacted.

Many individuals have been instrumental in supporting the ACP’s mobilization efforts, providing guidance, and contributing to the collaboration in preparing the joint opposition statement.

And finally, I would be remiss if I failed to mention my ACP staffers who contributed greatly to this effort, including Mr. Michael Armitage, Ms. Nikki Mendez, and Ms. Colleen Sengstock.

This is truly a matter that has brought the entire venous and lymphatic community together, and the hope is that this monumental effort will yield positive results in opposition of the Novitas policy and serve as a model for more collaboration in the future.

Although the outcome of these efforts remains to be seen, it reinforces the need for all of us to consider the value of participating in a venous registry for our patients and for our survival as a clinical specialty. With registry data, we can demonstrate the value of vein care to the patients whom we provide care for.

As of writing this article, the ACP PRO Venous Registry has nearly 19,000 unique patients, 40% of which are 65 and older and 24% are in the near-term Medicare population group of 55-64. As the data pool enlarges, many meaningful scientific questions about the contributions of venous care to both Medicare and pre-Medicare populations can be answered.