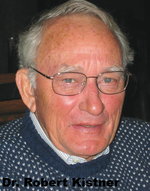 On the day that I took over as the 8th president of the AVF in 1996-1997, there was serious (bad) news. Our professional management organization informed us that their charges would not be financially sustainable by the AVF as it existed at the time. This critical news immediately established our top priority as the need to review our activities and create a program that we could afford. The fledgling society had to survive long enough to convince supporters of its importance while it became financially stable. This required clarification of our basic mission in a form that would attract sufficient aid from our supporters to become financially stable.

Plan of action for AVF

Our early response to this challenge was to reaffirm the basic mission to create an annual venous forum of the highest quality devoted to presentation of research reports and high-quality clinical data. It was the underlying intent to develop an organized body of knowledge about venous disease based upon a scientific approach to venous pathology, anatomy and physiology.

The original administrative organization was replaced by devoted administrative support, with expertise in producing a first-rate professional program able to attract a wider audience to the annual meeting. New membership was encouraged to grow from the approximate 180 members at that time, to the goal of at least 300 members. The new members were limited to recognized experts in the venous field, including practitioners who already had a significant percentage of their practice caring for venous patients, and publishing of venous papers was necessary for initial members to join.

Getting the AVF community involved

We invited the initial advisory group of lay supporters to become more active in decision-making and participation. We recognized the potential for a lay group to give us guidance in building a financially responsible and successful organization. They responded with vigor and began to organize themselves for our support.

With time, the administrative function has grown and continues to emerge. As an organization, we learned it takes time to mature into a functioning team that develops priorities and fulfills its commitments. Strong central leadership is needed to attract the respect and trust needed to earn the respect that leads to larger grants from funding sources. We sought the financial support of allied business and realized tremendous support from the stocking industry that essentially kept the organization alive during the first years of its existence, and they have continued to provide essential support with funded scholarships and individual grants in addition to exhibiting their latest innovations at the annual meetings. The list of financially supporting businesses has grown significantly through the years. 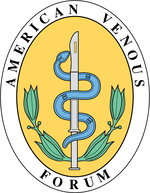 The personal intent that was not achieved in my presidential year was the desire for the American Venous Forum to assume a functional role of upgrading the practice of venous treatment into a systematic pattern of venous diagnosis and treatment in the United States. These aspirations for the AVF to become a beacon of leadership nationally were premature due to my lack of understanding about the complexity involved in creating an organization that can influence public opinion. Time has allowed an increasing number of these objectives to emerge with growth and hard slugging by the successive leadership teams. We need to thank those in the community of lay advisors and business supporters who have helped us through the years.

The question of how a young physician can remain vital in the venous field has been raised, and I believe it has more than one answer. One obvious way is to devote time and energy to the activities of this and other venous organizations where there are ongoing tasks that benefit the society—these can be professional or administrative subcommittees.

Other ways are to become involved with ongoing research activities, to remain clinically active in private practice, to develop a niche type of expertise, to cover part-time locum tenens, to become active in research at both clinical and basic levels, and to teach awareness of venous disease to the public and the medical profession.

Venous disease provides many avenues of interest and mystery that remain to be solved and understood. This ranges from the development of varicose veins in their progressive journey from a minor problem in young life to a sometimes crippling problem in the later years. The influence of blood clotting and of the inflammatory cascade upon progression of both post-thrombotic and primary venous disease remains to be understood. The total role of the venous valve and the degeneration of the venous wall over time are not well understood. Both clinical and fundamental basic research is sorely needed to advance the field.

Perhaps the greatest need in the venous field is to develop public and professional awareness of venous disease and its anatomic and pathologic development over the course of a long lifetime.

Within these aspects of venous disease, there is a broad range of activities that can attract long-term involvements in the leg veins. We are at the brink of understanding the importance of spreading awareness about this long neglected field of venous disease, so that the community at large can be made aware of the breadth of its effect upon society and the potential for timely interventions to prevent progression of its pathology into crippling disabilities in later life. There are great opportunities for young physicians to become trained in what is known about acute and chronic venous disease, and to become participants in creating fundamental and clinical improvements over the long term.

We need to be thankful for the many hard working and dedicated physicians that have brought us to our present state of innovation in venous disease. For future growth we need many more of these kinds of minds to join the team.