State of the Profession

EDITOR’S NOTE: Ethical concerns are a growing issue for many vein specialists and patients alike. As such, Vein Magazine and Vein Therapy News teamed up to help disseminate this important information. Here, from our friends at Vein Therapy News, is a reprint of an article by Dr. Ed Mackay, which appeared in their December/January issue. Read VEIN’s recent roundtable discussion on the topic of ethics reprinted in Vein Therapy News’s February issue. 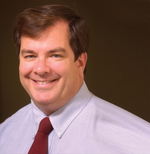 I started a vein clinic in 1996 with hopes of offering high quality care in a comfortable environment. I was in general and vascular surgery, and had become disillusioned by the hospital and its cold inefficiencies. I felt patients were treated like a number as they were shuttled through the bureaucratic maze. I also thought I would have more control over my schedule as the OR would bump cases so they could send employees home early in order to save money.

I did find the office setting much more to my liking and by 1999 made the practice of venous disease my full time endeavor. There were very few other practices in Florida dedicated to just venous disease. My first American College of Phlebology (ACP) meeting was in 1999 (then called the North American Society of Phlebology). The meeting had approximately 120 attendees in a small Scottsdale resort. The members were very warm and inviting. The talks were not strictly scientific, but more instructional and the VNUS RF catheter was just being introduced.

Since that meeting 17 years ago, there has been an explosion in physicians interested in venous disease. The ACP has grown dramatically, the meeting has become much more scientific and more academic types have become interested in the burgeoning field. It has been fun to watch, but there is also a dark side.

Some have entered the field with poor training and even poorer ethics. It’s always great to catch up with friends each year but for some, their first question to me after a year was how many ablations did you do last year. At first it seemed more of an interest in how fast we all were gaining experience in these new procedures. But it became more as if your worth as a vein specialist was measured by that number (maybe your net worth is). I think this has translated to extremely poor patient care.

So as vein doctors try to become ”top of the market” by performing more procedures, I believe it has led to a problem. Routinely, I see patients seeking a second opinion with minimal symptoms who have been recommended to have four to six ablations in addition to phlebectomies and sclerotherapy just from their first consult.

Other times, it is after they have had all the ablations and these pseudo phlebectomies (see pic) and there is no way of knowing if there were refluxing veins even present. Consequently, most of their symptoms have either not improved or have even worsened. Their complaints range from fatigue, swelling usually with no visible varicose veins, to spider veins with cosmetic issues and, yes, even some with varicose veins but usually on one leg. 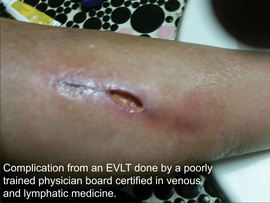 In cases like this we then perform a repeat ultrasound for which we have difficulty getting paid because it is so recent since the previous one. Our sonographers spend around 45 minutes examining the patient with the usual compression maneuvers. The patient then describes how their previous ultrasound took less than five minutes lying down the entire time (yes, some of these are from Intersocietal Accreditation Commission certified labs).

When we find no refluxing vein, or maybe just one after they were told they have six, they become quite concerned and even sometimes angry. They question our results requiring me to spend more time with them than the straightforward patient with varicose veins. They have even been told they need to have the procedures done to “prevent blood clots and if they do not they are at significant risk of dying.” We have to then convince them how that is not true at all.

The patients who have had treatment many times come in because they now have complications such as nerve injuries or wound problems (see pic). Some of these patients are referred from the physician who did the ablation(s), but failed to address the varicosity or spider veins and I am left to “clean up,” because the previous physician was not trained in phlebectomies or sclerotherapy.

These doctors range the gamut from board certified vascular surgeons to cardiologists and other specialties with boards in venous and lymphatic medicine. The ultrasounds are done by RVTs and some are from IAC certified labs.

So do not count me as one who feels all we need to do is require boards or IAC accreditation of vein centers to fix the problem. These people seem to hide behind those groups.

Maybe it’s not the doctors who are the problem but ultrasound techs instead. Many techs sell their services to poorly trained doctors telling them they will direct their care. I have heard that in some practices the RVT gets venous access and performs the tumescent. I have heard from some RVTs that they are paid on how many refluxing veins they find. So a normal ultrasound means that they do not get paid. The only goal is for every patient to meet the insurance criteria for as many ablations as there are superficial veins in the leg.

These doctors are not only rewarded from the insurance companies, but also from the industry as they get preferred pricing on catheters and fibers. Higher volume or procedures yields a higher net. The reps fall all over themselves providing other perks. 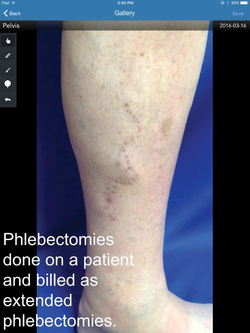 They can afford to market heavily as every patient that comes through their door represents upwards of ten thousand dollars of revenue. The more they advertise, the better prices they get on advertising. All rewards are geared towards higher volume of ablations. I know this is not only a problem with vein practices as I see patients all the time recommended arterial interventions with little or no indication.

Do I have any solutions to this problem? No. I am no fan of accountable care organizations or capitated care either. The same doctors would then refuse care to patients who need treatment so they can make more money. I remember some doctors from capitates systems boasting that they would have their varicose vein patients see them every year plus one day so they could prescribe them stockings and get paid for comprehensive venous management.

You either have ethics or you do not.

One of the advantages for patients when their doctor does his or her work in a hospital is that word gets around pretty quick when a surgeon is doing some questionable work. In large group practices there may be more “peer pressure” to do the right thing, but in the solo office the doctor is the only quality control.

I don’t pretend to be a Boy Scout (actually I was). I want to get paid well for what I do and I do my best to get my patients authorized by the insurance. But I feel the resistance that I am getting from insurances is directly related to the over-treatment that these other doctors do and that it is making harder for the rest of us.

When I discuss this situation with other doctors outside of the venous field, they feel this is beyond malpractice and actually more criminal. Not just fraud either, but an assault with a deadly weapon when recommending a clearly unnecessary procedure that has potential complications reach that level. Maybe there should be criminal investigations.

Sending a few doctors to jail for a few years might slow it down, but to borrow a phrase from a popular song: “It’s the lure of easy money; it’s got a very strong appeal.”

Edward Mackay, MD, RVT, RPVI, is a co-director of the International Vein Congress, a major conference for vascular specialists in Miami that is attended annually by more than 500 physicians annually. He was the first physician in the state of Florida to offer VNUS Closure in 1999, and in 2001 the first in the bay area to offer endovenous laser treatment (EVLT). He has offices in St. Petersburg and Palm Harbor, Florida.