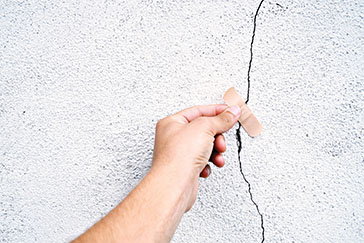 We have spent a lot of time discussing the overutilization of procedures in venous disease. I’d like to shift the tale to underutilization. Despite evidence that early intervention can help patients with venous leg ulcers,1-3 the protocol in my community, is mainly weekly debridement and multiple wound center visits. These wound specialists may not even use compression. They’ll order an ultrasound to make sure the patient doesn't have a blood clot, but they will rarely ask for an insufficiency study. Eventually, they may get a CT venogram and if it is normal or abnormal, they are finally sent to me—a vein specialist. The patients may stay within the grips of the wound clinic for a year before they come to my practice. Despite Level I evidence, it has done nothing to help change the standard of care in the USA.

Given Improving Wisely identified 3,582 venous leg ulcer subjects who received an ablation, merely eleven thousand or two percent of those with a diagnosis of venous leg ulcer ultimately went to a practice that could provide an intervention to help them.

When you look at the global picture, merely 0.7 percent of all CMS beneficiaries with venous leg ulcers received an ablation. We recognize that venous leg ulcer patients need on average an extra 0.37 ablation procedures versus non-ulcer patients to a statistically significant level.4 These are the neediest of patients who are not being sent to providers like ourselves who can actually make a difference in these people's lives.

I'm going to ask you all to help me shift the argument. I think we've talked far too much about overtreatment. It’s truly time for us to look at the undertreatment and the population of leg ulcers that are not granted access to care. I believe we should look at the opportunities of what we can potentially do and focus to change that.

If you simply look at the outlier providers in Improving Wisely project (ablation/patient rate over two standard deviations from the mean), only 110 providers are identified out of the pool of 2,462 who performed at least 10 thermal ablation procedures in 2017. When you look at the CMS beneficiaries who are being neglected, stuck in wound centers, relying on that 30 percent per year recurrence risk or those who go to a vein specialist who only offers a single thermal ablation, the argument in venous leg ulcer patients becomes UNDERUTILIZATION.

How to Combat Underutilization

We need to build more benchmarks. We already have three consistent studies, each indicating a median intervention rate of 1.6 – 1.7 ablations/patient.4-6 What else do we need for benchmarks? A recent multisocietal effort to provide Appropriate Use Criteria (AUC) has been published.7 I would ask all of us to embrace the many principles in this document. It may not be perfect, yet I think it's helpful and something that we can certainly begin to incorporate as providers in the space of venous and lymphatic disorders.

We also need more guidelines to help shape care. The key to guidelines is they need to be multisocietal. They cannot be from a single society to carry weight. There are already many multisocietal initiatives where we're not just endorsing something, but we're active in the process of building it. The C2 CVI guideline and management of pelvic vein incompetence are two examples you will be seeing in 2020. We will update you on the guidelines as they become available, so please stay tuned.

We need to assure access to care and make sure we have an adequate provider pool for patients who need appropriate care of advanced disease. As an example, Healogics is a company that has 650 wound centers, many hospital-based, and more than 4,000 providers. They have started to bring vein ablation services to wound centers. Leaders in the vein world have been working with them, helping bring them up to speed. We've had some discussions with their medical director. It's not easy, bringing a group of divergent specialist providers to the same level of skill and knowledge. When you think about this and the addition of 4,000 providers to the existing pool of 6,000 to 10,000, this gives us an opportunity to make an impact in venous leg ulcer patients if they could all just get access to care. That would simply be 200 venous leg ulcers patients per provider to make an impact in these patients and change the narrative.

With a potential increasing pool of providers for the right reason, you have to think about how these providers can get more tools in their toolbox. In this claims-based study, the intervention rate was 45 percent, but these patients only received thermal ablation. Despite a successful ablation procedure, some patients developed a new venous leg ulcer 0.8 percent of the time at eight weeks and nearly two percent at 12 months. Looking at the group of providers who also provided sclerotherapy, this cohort had the lowest incidence of a new leg ulcer. So, we need to be proactive in making sure that there's adequate education for new providers so that they can achieve competence in more than thermal ablation procedures in things like micro phlebectomy and foam sclerotherapy.

Payer perceptions must change. We now have Level 1 evidence that early intervention in venous leg ulcers is cost-effective.2,3 Payers all know that wound care is an expensive business. When you can show that there are ways to decrease costs, they will understand the cost/benefit ratio of doing these treatments early in the course of a venous leg ulcer. This is also part of every discussion we have with payers and we need to continue to build on the relationships we've made this year because we need to make sure that appropriate care and access to care are made for these C6 patients.

I would challenge us all to look at accepted guidelines and make sure that we're all practicing within guidelines. If there's an issue that falls outside the guidelines, then I'd say let's address it. But I think there are ways that we can provide cost-effective care for these patients and make sure that our society is not filled with outliers.

Everybody needs to be aware that carriers are worried about the concern of double-dipping. And so just put that in the back of your brain when you're thinking about trying to treat the proximal saphenous with one thing and then using another expensive technology below. I'm not so sure that's going to be something that will be permitted down the road.

I believe collectively that we can make a difference. There's no reason these patients with leg ulcers should have to wait to see any of us. I think we could actually make a difference in the quality of life for ulcer patients and certainly improve the healing rates. We need to shift the argument, be an advocate for treatment urgency for leg ulcers. If you're not familiar with the EVRA article, we're going to make this available on our website and/or at least a summary.

We believe that venous societies should drive payer standards by using data to shape policy. The recent acceptance of the AVLSPRO registry article on Anterior Accessory Great Saphenous Vein is a great example.8 There are more studies underway to address the concerns of our specialty. We need to continue to build alliances amongst societies as well as payers.

I think we've made a lot of progress over the last year and we're looking forward to growing that further so that we can actually be on the same side of managing these patients. And lastly, I've got a challenge for you.

Grassroots works in anything if your heart's in it. We have thousands of providers in our society. What would it be like if every office took one ulcer patient and actually, whether it's Facebook, whether it's a blog, whether it's LinkedIn, was able to show the patient journey for a patient with a leg ulcer and how they marched through treatment and got better. A buzz can be built, but unless we all do this together unless we all do something to make a change and help bring awareness to this problem, it's not going to change. I would like us all to be thinking about how we can make an impact on these patients' lives. Then I want you to be in the fight with us. Together we can make a difference and change the argument, assuring the neediest of patients get access to care by focusing on underutilization in our field of practice.