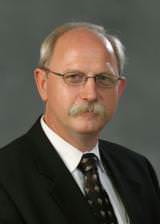 Two decades ago venous valve reconstruction was the final option in the treatment of deep venous insufficiency and was generally only considered when all else had been unsuccessful in preventing recurrent venous ulceration. The observation that venous obstruction, complete or partial, of the vena cava and iliac veins is a significant factor affecting venous hypertension; in addition to a therapy, stenting, which can rather easily resolve the obstruction, has changed the algorithm. Correcting superficial and perforator venous insufficiency in those patients with recalcitrant venous ulcers is the first step, even in patients with combined deep and superficial pathology.

The next step would be the treatment of proximal deep venous occlusive disease by intravenous balloon angioplasty aided by a self-expanding stent to cover the entire diseased vein into normal vein on both sides. It is certainly a less invasive and technically less demanding intervention than venous valve repair and, therefore, has been embraced. If about 50% of all ulcers patients are successfully treated by superficial/perforator disease, and roughly 50% of the remaining have mixed deep obstructive/ insufficiency of which 60% will have long term healing after correction of obstruction, it would stand to reason that there remains about 20% of recalcitrant venous ulcer patients who may benefit from deep venous insufficiency treatment in the form of venous valve reconstruction.1-3 Therefore, in my estimation, there remains a place for venous valve repair in the toolbox of the venous specialist.

Most venous valve substitutes made of non-autogenous tissue-have not passed animal experimentation; examples include umbilical vein shaped into valves, liquid pellethane molded valves, titanium valves, and fresh allografts.4-7 A glutaraldehyde xenograft valve mounted within a stent and implanted into the vena cava of dogs fared no better.8

Glutaraldehyde-preserved bovine tissue-is used to replace cardiac valves and a similarly preserved bovine valve containing venous segment mounted within a special stent demonstrated good early results in a swine model.9 Transition to the clinical arena was initiated but was ultimately unsuccessful. Valve leaflets made of small intestinal submucosa and mounted on a bioprosthetic, bicuspid square stent was impressively patent and competent in a sheep model and used clinically. A few redesigns have been attempted do to hemodynamic and centering problems but currently fibrosis and recurrent reflux has halted clinical investigation.10-11 Allogenic cryopreserved valve-containing vein segments surgically implanted in a canine experiment was quite successful but ultimately failed in a clinical trial at the 6 month evaluation.12-13

Lyophilized allograft valve-containing vein segments performed admirably during hemodynamic testing but have not been studied further.14 An allograft pulmonary monocusp valve cryopreserved and implanted to prevent venous reflux in a small series of patients studied over several years appeared to be patent, but valve competence was not clearly demonstrated.

Valves constructed of autogenous tissue-have performed more reliably in animal experimentation. An invaginated valve (Eisemann-Mallette design) vein segment demonstrated acceptable patency and competence in a canine model.16 Autogenous valve-containing vein segments placed with a self-expanding stent and implanted via a percutaneous approach have been investigated experimentally. Six did maintain patency and competence during a six-week study using a Wallstent as the self-expanding stent.17 Using the previously mentioned unique bioprosthetic, bicuspid square stent but with an autogenous vein containing valve segment; eight of nine stent/valves were patent and competent at 3 months in a sheep model.18

Dr. Opie fashioned a square cut in the anterior surface of the recipient vein, tacked the distal vein wall to keep it slightly away from the vein wall and added two long sutures cephalad to allow reflux of the now intraluminal vein wall to a limited degree which would prevent venous reflux. The defect in the vein wall was patched with a flexible polytetraflouroethylene patch. He reports 14 competent and patent valves at four years of follow-up.19 This is a hybrid autogenous and synthetic design.

Autogenous vein tissue-seems to possess all those factors required for a successful operative valve reconstruction in the clinical arena. Dr. Raju and colleagues have used pieces of autogenous vein to make semilunar valves after trimming the adventia and part of the media. The tissue-was sewn into the recipient incompetent vein system with nonendothelial surface directed into the lumen. No other experience has been reported, but this small series demonstrated acceptable midterm patency and competence rates.20 Plagnol and associates invaginated the stump of the great saphenous vein into the femoral vein to make a virtual bicuspid valve. The vein was then closed with prolene suture. Experimental results were excellent and 19 of 20 patients had a patent and competent valve at a mean of 12 months.21 Dr. Maleti and colleagues constructed autogenous mono or bicuspid valves from the post-phlebitic vein wall using an ophthalmic knife with a recent addition of two sutures to hold the valve in a semi-open position to aid in preventing valve collapse. The most recent report, with this technique utilized, consists of 21 operations with a mean follow-up of nearly a year. All valves were patent and competent. There was a 95% ulcer healing rate and two recurrent ulcers.22

Internal Valvuloplasty - Dr. Robert Kistner demonstrated to venous surgeons that the delicate valves of veins can be visualized and tighted to return valve competence.23 Prior to this experience, this concept was considered foolhardy at best. The technique involves opening the vein, where the leaflets meet the vein wall, visualization of elongated leaflets and reefing of the cusps with fine non-absorbable sutures to tighten the lax valves under direct visualization. This work allows proper alignment of the cusps, thereby preventing reflux when the opening in the vein is ultimately closed. Various methods to open the vein have been proposed to allow easier visualization of the cusps for repair.23-6 Regardless the method of vein opening, the intralumenal technique is the same and it is estimated that plication of about 20% of the leaflet length will restore competency to the valve. Internal valvuplasty procedures have been followed for many years by several investigators. In general, valve competence is 60-70% at five years and if the valve is competent then clinical success is ensured.27, 28

External Valvuloplasty - External valvuloplasty was pioneered by Dr. Kistner, as well, and reported in 1990.29 When leaflet reflux is somewhat less intense, placement of interrupted or a running fine suture transmurally through the valve attachment lines, when tied, will decrease the commissural angle (vein diameter) and fashion a competent valve. Both an anterior and posterior repair can add to the tightening effect. Another technique uses an angioscope to view the valve leaflets so that the sutures being placed outside-in can be directly viewed to allow an anterior valve sinus placation (tightening).30 Since sutures placed in this manner did not appear to affect the other valve leaflet, a modification involved translumenal placement of the sutures (much like that done when performing an internal valvuloplasty) without direct visualization of the sutures to reef the leaflets and narrow the vein wall. A recent report using the origin technique of transmurally only (just in the vein wall, not into the leaflet) suture placement demonstrated nearly 30% competency and 50% ulcer free rate at 2 years of follow-up.31 Raju and colleagues using the translumenal placement of sutures without direct vision reported a 63% competence rate at 3 years.32 There is some feeling that simply transmural tightening of the vein wall is not as durable as actual leaflet repair and probably performed best via an internal valvuloplasty approach. Two reviews are available to allow a more in depth analysis of the otherwise rather confusing plethora of techniques and the results which can be expected.27, 28

External Banding of Valve Site - This method has been employed in those few cases when during dissection of the vein it is noticed that the valve becomes spontaneously competent. An external sleeve placed over the area of vein containing the valve narrows the vein diameter at this point. Synthetic material is generally used as the band – polyester, polytetrafluoroethylene or silicone reinforced with polyester. The sleeve is anchored in place to the adventitia so that it cannot migrate. If only one valve was repaired in this fashion, there was a reported 51% long-term ulcer healing rate at greater than 5 years but individual valve competency was not reported.33 It should be noted that this is a very select group of patients.

Valve Cusps Are Absent or Damaged

Valve Transplantation - When no competent valve can be found in the lower extremity, there is the possibility that a competent valve exists in the upper extremity. First described by Dr. Taheri in 1982, a 2 to 3 centimeter length long segment of upper extremity vein which contains a competent valve is removed from the upper extremity, axillary/brachial systems, where it is not crucial to venous function.34 The lower extremity incompetent system, often the popliteal or femoral vein, is exposed, dissected, clamped and divided. The proximal anastomosis can be accomplished first and with release of the proximal clamp; a competent valve should prevent reflux. An appropriate segment of the incompetent vein is removed to prevent kinking and the distal anastomosis completed. Flow is restored and valve competency again checked with the valve strip test. Interrupted fine prolene sutures are preferred for repair to prevent diameter narrowing of the repair. Some place an external sleeve and some axial valves require valvuloplasty to be made competent (some estimate 40%).20, 35 Several investigators have needed to resort to this approach since no other options were evident for their patients. Clinical improvement is reported in about 50% of patients at 8 years of follow-up with a valve competency mean of about 50%.27, 28

There is evidence accumulating that more than one valve repair in the same venous system (multi-level) does improve the competence of at least one of the repaired valves over the long term and, as a result, the clinical outcome observed. Dr. Raju and associates have long been advocates of this approach, but Tripathi and his colleagues have provided persuasive data to confirm this impression.31, 32 At two years, those patients with primary reflux undergoing single-level valvuloplasty could expect a 59.4% valve competency rate and 54.7% ulcer healing rate. These results were statistically different (p < 0.05) from those with a multi-level repair,

Deep venous valvular insufficiency remains an etiologic factor for lower extremity venous hypertension and the resulting sequelae. There are clinically relevant solutions to venous insufficiency which involve direct valve leaflet repair, if the architecture is not damaged, to the need for upper extremity valve transplantation to the lower extremity. The results are more promising in primary disease (when valve leaflets are undamaged) but can be a clinical solution in those patients with the post-thrombotic syndrome as well. Algorithms to evaluate patients to select the proper treatment are available and two reviews are included for your advanced study.28, 36 For operative and artist’s depictions of the operations described, there a number of excellent references, but the references for two of the best, in my opinion, are included in this review.27,28 Venous valvular reconstruction is a tool to remember in managing the patient with end-stage venous insufficiency, especially in the case of recalcitrant venous ulceration.