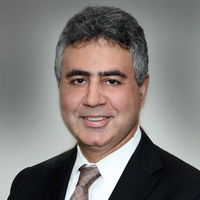 I started my career in 1999. As a board certified surgeon, I had no abiding interest in venous insufficiency. The procedure I used to treat venous insufficiency was vein stripping, which at that time was done in the operating room under general anesthesia. While interviewing for jobs, no practice boasted about how many vein-stripping procedures they performed. Around 2001, I was exposed to percutaneous vein ablation as a less invasive alternative, which I performed in the operating room. The procedure was first billed using the same code for treatment of brain aneurysms, and reimbursement was substantial, considering how easy and fast the treatment was. “Cool” technology coupled with a sizable payment made me, like others, interested in the procedure, until it received a separate code and the payment was reduced when done in the hospital setting; however, the payment increased when performed in an office setting. This was my first exposure to the administrative and financial skills needed to perform office surgery. What followed made the performance of office-based vein procedures a very attractive aspect of a vascular practice. Physicians, like other professionals, followed the money trail, and since medicine is a supply rather than a demand-driven market, physicians managed to find more patients to treat.

Since then, office-based venous procedures have increased substantially, and so have the number of specialists offering these procedures. Since board certified general or vascular surgeons perform vein stripping in a hospital setting, most states and insurance carriers do not require any credentialing beyond a license to practice medicine and to allow and reimburse a physician for a vein ablation in the office setting.

These procedures are now performed by vascular, cardiothoracic and general surgeons, anesthesiologists, internists, obstetricians and dermatologists. A 2015 article in the New York Times reported that vein procedures are responsible for most of the growth in office vascular procedures across the Medicare population, which is on the older spectrum for treatment of such a disease entity.

While to a purist, performing these procedures should be restricted to board certified vascular surgeons or interventional radiologists, it became evident that other specialists can evaluate and treat venous conditions competently, and can refer rare or complicated cases to more specialized colleagues. Because of the obvious disarray in the credentialing, marketing and delivery of care in venous diseases, more than one board and society endorsed guidelines for the treatment of venous conditions. However, despite the establishment of societies and guidelines, the number of cases being performed kept soaring with no proof that many of these procedures are really adding value to the lives of the patients exposed to them.

As a result, the American Venous Forum, the Society for Vascular Surgery, The American Academy of Dermatology, and many others societies, in association with the Intersocietal Accreditation Commission, sponsored the Vein Center accreditation process, which guarantees the consumer a minimal standard of training and policy and procedures related to the workup of the condition and its treatment. This was a great intersocietal collaboration, which certainly adds a layer of safety and standardization to the care provided, but up until this time, the requirement of this certification as a condition for payment is far from uniform.

In addition, we know from the study of practice patterns in many other conditions that regulating the entry into an activity does not limit its overuse and, as such, competent and safe vein centers will not guarantee the transfer of information to the patient in a way that allows an informed decision based on real assumptions rather than fear. Many patients with chronic venous disease access health care not because of the clinical impact of the condition, but because they worry about life or limb threatening consequences including amputation or pulmonary embolization. Unfortunately, many of these patients get treated with procedures that will not protect them or improve their quality of life.

For this reason, the credentialing of a vein center should include clauses related to patient-sharing, now mandated by the health care reform. Advantages of shared decision making allows the patient to access information about risks, complications, effect on quality of life, and background of the treating physician. This information sharing can allow a dialogue about how the disease and the treatments relate to the patient’s preferences and expectations.

Only then will medical societies elevate themselves from the status of professional self-regulatory bodies to the higher one of patient advocacy voluntary associations.

Such an activity will seal the brotherhood of physicians treating venous diseases with a moral tie that is as important as the intellectual one of accreditation.

Dr. Ibrahim Eid is founder and chief of the Center for Vascular Diseases at PrimaCare, a large multispecialty group in Massachusetts and Rhode Island. He is founder and chief medical officer of Expert Medical Navigation, a software company that supports shared decision-making and patient engagement.