Is the Changing Medical Device Market Landscape Forcing an Innovation Plateau in the United States? 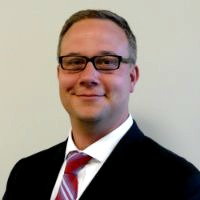 A well-worn adage has told us that necessity is the mother of all invention. I had the opportunity to speak with respected inventor, writer and teacher Lazar Greenfield, MD. Like many inventors, a challenge influenced him early in his surgical career. This led him to believe in a better solution to reduce patient mortality from a pulmonary embolism. Partnering with both his co-inventor and the device industry itself, Dr. Greenfield brought the Greenfield filter into the world. This innovation was revolutionary and continues to impact the quality of life and decrease morbidity and mortality from pulmonary embolism.

I asked Dr. Greenfield to describe the similarities and differences in bringing a new product to market in today’s ecosystem versus the landscape that faced the actualization of the Greenfield filter. From this discussion, different themes emerged. While technological challenges weighed more heavily on the mind of an inventor in the recent past, today the challenges are marred in regulations, market access and the threat of commoditization. One theme was abundantly clear: during the 1980’s the United States was focused on getting medical devices to market, which drove a culture of medical device innovation.

The incumbent market share owner is often its own greatest threat in business. When systems overtake innovation, companies find themselves disrupted or marginalized. Consider former titans such as Kodak or Blackberry. Shouldn’t the same rules apply to both industry and its associated partners? In order to assess this, we look to the strengths, weaknesses, opportunities and threats (SWOT) for consideration and your interpretation.

Leveraging strengths available in the US market will be essential to encourage innovative companies and disruptive technologies to continue being developed here. Academic institutions, investment markets, population statistics and health care policy all contribute to a favorable environment.

The United States is home to more than 140 accredited medical colleges and university systems and around 400 major teaching hospitals. Many of which consistently make the top 10 list worldwide. The reputation for cutting edge medicine will continue to drive the need for innovation.

Merger activity in recent months has been strong—up 20% in 2014 when compared to 2013—and investor confidence has continued to rise in medical device companies over the past two years.

The sheer size and volume of the United States’ medical device market is a force to be reckoned with. The US makes up two-thirds of total revenue for the top 4 medical device companies. The next closest competitor is Germany and Japan, at 14% and 7% respectively.

Finally, our aging demographic and the institution of the controversial ACA is poised to keep the United States well-positioned in the medical device space.

Iterative inventions, barriers to reimbursement and well-intentioned regulatory requirements are key weaknesses in the changing landscape. In order to maintain leadership in the world as a medical device technology leader, we will have to be innovative with our products and our government partners. Iterative invention does not necessary mean innovation to all stakeholders. A significant portion of the R&D dollars spent in the United States come from major corporations. The research itself is trending towards a focus on predictable evolutionary or iterative research rather than disruptive technology. Unfortunately, neither payers nor providers envisage this as justification for price increases to cover R&D expenses. Innovation that is incremental, or planned obsolescence of existing devices, may not be well-received or highly valued.

The reimbursement system also offers less opportunity for small organizations or disruptive devices to enter the market. Keeping in mind that the majority of device start-ups are less than 50 employees, these types of challenges are a formidable obstacle in gaining access to the marketplace. As an example, three very strong new technologies in the treatment of superficial veins have recently made their way through design, first in man, regulatory hurdles and find themselves squarely between a rock and a hard place. While they all have proof of efficacy and safety, none of them have the ability to be reimbursed without using the non-specified procedural code, which places significant burden on their customers.

Increased regulatory scrutiny by the FDA ultimately leads to increased costs for companies bringing new products to market. This leads to higher prices to the provider. Well-intentioned systems designed to protect consumers have the opportunity to be optimized to allow faster or priority access to innovative products.

Finally, the fallout from the medical device tax has also mounted significant pressures. According to AdvaMed, it has cost the medical device sector more than 165,000 jobs, which represents a key challenge inside the United States.

Seizing the opportunities presented by the existing tailwinds will be important in maintaining a foothold in the market. Opportunity exists in the presence of many factors, including strong demographics, the Affordable Care Act, business model innovations and faster product development.

In the past 10 years, the cohort of people over 65 has increased more than 18%. Demographic changes have driven the need for more health care resources to be used. The Affordable Care Act has additionally offered more than 8 million additional insured individuals should drive the need for additional devices and services.

Due to the challenging reimbursement landscape, many companies are looking at their business model enhancements differently. Some are offering services in conjunction with their device, allowing greater opportunity for access to their products by physicians. This kind of innovation is necessary in many instances to gain market access. Arguably, this inroad to opportunity is limited for both smaller companies and start-up organizations.

Other potential boons for new device development in the United States involve availability of resources. To assist with this, there needs to be access to materials, research platforms, animal labs, 3-D printing and prototype manufacturers. All of these components help an impassioned inventor with a seminal idea to create a physical product much easier.

The United States will have to actively defend threats through the management of its own policy. Creating a more welcoming regulatory and reimbursement environment for medical device innovation at home would offer a quick solution to most of the threats. Key threats include commoditization, foreign markets and globalization.

Commoditization is a concern for all devices. The rate at which health care is portable—leading to faster commoditization—is now a business consideration for all new products to market. As an example, a recent AdvaMed report claimed a reduction in reimbursement artificial knees by 17% and drug eluting stents by 34%. For a start-up or new product going to market, obtaining reimbursement has real potential to its viability in any market. While the reimbursement landscape has become increasingly difficult in the United States, it is expected to ease in many overseas markets. This allows a greater opportunity to both develop and gain a foothold in markets outside the United States such as China, India and Brazil. Loosening reimbursement policy for new products and allowing increased fast-track regulatory approvals for disruptive products could combat such a concern.

Innovation is being encouraged and rewarded elsewhere. As an example, Israel over the past decade has made considerable overtures toward the medical technology by capitalizing on its culture of innovation and risk-taking. These moves have resulted in 650 start-up medical device companies and more than $600 million in device exports to the United States. While this is positive for globalization, this and other similar situations have the potential to disrupt the United States’ current standing as a leader in medical device innovation.

In conclusion, this will be an arduous race to run. The United States is yet preeminent for medical device start-ups and medical devices worldwide. While the US arguably has the best resources and access to institutions that drive innovation, well-intentioned systems have the potential to eliminate a device as a treatment option, regardless of its novelty, efficacy or safety. Other countries are beginning to adjust their policy to welcome innovation and ease the transition of regulatory requirements and reimbursement to drive market access.

Has the United States reached an innovation plateau? Most likely not, but a call for equanimity is in order. Balancing patient safety and controlling of spend is the right path forward. That said, it would be imprudent to create an environment where policy overtakes innovation allowing an opportunity for the United States market position to be disrupted. While we are focused on policy, there is another young surgeon in the United States who has the passion to make the next disruptive medical device. The question is where it will be developed?