IVC Filters and the Recent Trials 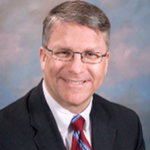 Common indications for IVC filter insertion include patients who have documented VTE and have failed anticoagulation, or those who have contraindications to anticoagulation, such as active bleeding, recent intracranial hemorrhage, or severe pulmonary hypertension. There is very little level 1 evidence to support the widespread use of IVC filters outside of these indications.

The only randomized trials to date include the Fullen study, the PREPIC study, and its eight-year follow-up study. In the Fullen study, 100 patients with traumatic hip fracture were randomized to a prophylactic IVCF group or a non-IVCF control group.[1] Ultimately, 41 patients were randomized to IVCF placement and 59 to the control arm. No patient received specific anti-thromboembolic prophylactic measures. The primary endpoints were PE and death.

Due to rise in percutaneous procedures, loosening of indications and increased use of prophylactic IVC filters in trauma patients, the use of IVC filters has grown exponentially. From 1985 to 2006, the National Hospital Discharge Survey indicated that there were 803,000 filters placed, of which 158,000 (19.6%) were placed in the absence of VTE.

Incredibly, by the year 2006, over 92,000 filters were placed, 25,000 (27.2%) in the absence of any VTE whatsoever.[4] To date, there is no clear evidence that the incidence of pulmonary embolism has decreased with the broadened indications for prophylactic IVC filter use. In a study of 244 trauma patients, the use of filters increased from 29 in 2004 to 127 in 2006, with no change in the rate of pulmonary embolism.[5]

In addition the loosening of indications for IVC filter insertion, the lack of removing retrievable IVC filters has been an increasing problem. In 2007, Karmy-Jones et al. looked at the rate of IVC filter retrieval amongst a standard trauma patient population.[6] Of 446 patients, they found IVC filters easy to place with low complication rates. However, they had a very low (20%) retrieval rate. This may have been due in part to low attempts at removal (28%), ongoing indications for IVC filter prophylaxis in the multiple injured trauma patient, or due to lack of follow-up from their patient population. In 2008, Johnson et al. looked at the use of retrievable inferior vena cava filters in severely injured military trauma patients from the wars in Afghanistan and Iraq.[7]
This was a captive patient population with excellent follow-up. Similar to the EAST study, there was a very low rate of IVC filter removal (14%). In this study, follow-up was near 88%, showing that the majority of “retrievable” IVC filters are in fact NOT retrieved. Of course, again, this may have been for legitimate reasons such as ongoing indications not to anti-coagulate these patients. In fact, the ISS scores in this patient population were much higher than those civilian trauma patients in the EAST study.

A recent study investigating factors contributing to the low rate of prophylactic IVC filter removal was recently published by Lavan, O., et al.[8] In this study, the authors studied 142 patients aged 16 through 60 who experienced a major trauma and were treated with a prophylactic IVC filter using the Optease filter. The median time from trauma to filter insertion was two days. Low–molecular-weight heparin, at a prophylactic dose, was initiated in 92% once the filter was inserted. Nine patients developed IVC thrombosis and one of them died despite the use of thrombolytic therapy.
Another eight patients developed deep vein thrombosis in their lower extremities. The filter was left in place in 13 more patients after attempted filter removal was unsuccessful. Among patients with successful removal, the median dwelling time was 30 days. There was no relationship between successful removal and age, sex, BMI, Glasgow coma scale, or injury severity score of patients when first evaluated. In a related study, the organization, CIRSE, established a registry of retrievable filter use with the primary aim of determining the success of IVC filter retrieval and its associated complications.[9]
Secondary endpoints included filter indications, imaging strategies before retrieval, filter dwell times, and anticoagulation status. A web-based electronic registry was hosted between January 2010 and June 2012. Data entry occurred at the date of IVC filter retrieval and included items such as filter type, indication for filter insertion, access route, dwell time, retrieval success,complications, reasons for failed retrieval, and anticoagulation status. There were 671 filter retrievals entered (male: female 333:295, mean age 55, median 57).
Retrieval data was not entered in 43 of 671, leaving 628 patients for analysis. The four most common retrievable filters used were the Celect in 182 patients, the Optease in 161, ALN in 120, and Gunther Tulip in 98. Filters were inserted for absolute indications in 40%, relative indications in 31%, and prophylactic in 24%, with 5% missing information. Mean filter dwell time was 90 days. Filters were successfully retrieved in 576 of 628 patients (92%). The mean dwell time for successful retrievals was 85 days versus 145 days for unsuccessful retrievals (p =0.001). Major complications occurred in two patients (0.03%). In summary, the CIRSE retrievable filter registry demonstrated a retrieval rate of 92% across a range of filter types, with a low major complication rate, reflecting current practice.

Several recent studies have begun looking at methods of tracking patients with removable IVC filters in an attempt to improve their retrieval.[9-13] One such example, a study by Sutphin et al., set out to design a sustainable process to improve optional inferior vena cava filter retrieval rates based on the Define, Measure, Analyze, Improve, Control (DMAIC) methodology of the Six Sigma process improvement paradigm. [13] Retrievable IVC filters were placed in 139 patients over a two-year period.

While complications related to the use of IVC filters are generally low, they continue to be reported at an increasing rate.[8, 14, 15] Wood et al. analyzed the MAUDE (Manufacturer and User Facility Device Experience) database to look for an increase in complications associated with removable IVC filters over time.[16] They reviewed 3,311 adverse events of inferior vena cava filters, which were reported in MAUDE database from January 2000 to June 2011.
Outcomes of interest were incidence of inferior vena cava perforation, type of filter, clinical presentation, and management of the perforation, including retrievability rates. Three hundred ninety-one (12%) cases of inferior vena cava perforation were reported. The annual distribution of inferior vena cava perforation was 35 cases (9%), varying from seven (2%) to 70 (18%). A three-fold increment in the number of adverse events related to inferior vena cava filters has been noted since 2004. Wall perforation as an incidental finding was the most common presentation (N = 268, 69%).
Surrounding organ involvement was found in 117 cases (30%), with the aorta being the most common in 43 cases (37%), followed by small bowel in 36 (31%). Filters were retrieved in 97 patients (83%) regardless of wall perforation. Twenty-five (26%) cases required an open procedure to remove the filter. Neither major bleeding requiring further intervention nor mortality was reported. Inferior vena cava perforation by filters remains stable over the studied years despite increasing numbers of adverse events reported. The majority of filters involved in a perforation were retrievable. In conclusion, the authors state that filter retrieval, regardless of inferior vena cava wall perforation, is feasible and must be attempted whenever possible in order to avoid complications.
Beyond whether filters are indicated in any clinical setting, their safety remains a major question. Few of the currently used filters have ever been studied using large multicenter study design. Most filters have been approved under the 510K mechanism as the basis for FDA clearance. While good, these studies may be of insufficient size to detect unusual adverse events with any of the newer filters. In August of 2010, the FDA published a warning concerning 146 cases of filter migration and 56 filter fractures.
These events occurred among a variety of filter designs, including the Bard G2.[17] The FDA communication expressed concern that these mechanical failures may be associated with the long-term placement of retrievable filters. In 2013, Morales et al. published a decision analysis to weigh the risks and benefits of retrievable IVC filter use as a function of the filter's time insitu.[11] In this study, they reviewed the medical literature on patients with inferior vena cava (IVC) filters and a transient risk of PE.
They assigned weights reflecting relative severity to each adverse event and then defined risk scores as weight × occurrence rate, and then combined the frequency and severity for each type of adverse event. In this analysis, the authors found that the net risk score reached its minimum between day 29 and 54 post-implantation. This is consistent with an increasing net risk associated with continued use of retrievable IVC filters inpatients with transient, reversible risk of PE.
They concluded that for patients with retrievable IVC filters in whom the transient risk of PE has passed, quantitative decision analysis suggests the benefit/risk profile begins to favor filter removal between 29 and 54 days after implantation. The FDA continues to monitor the safety of these implantable devices. Most recently, the FDA sent a warning letter to manufacturers regarding deficiencies in manufacturing quality control.[18]

Given the potential severe consequences of filter fracture, filter embolization, pathologic vena cava penetration, and the marked growth in IVC filter use despite no change in the incidence of the disease, the SVS, SIR and FDA have collaborated on developing a physician-initiated IDE to better understand the current use of vena filters and the adverse events associated with their use.[19] The PRESERVE study is a multi-center, prospective, open-label, non-randomized investigation of commercially available IVC filters from seven manufacturers placed in subjects for the prevention of pulmonary embolism.
This study will enroll approximately 2,100 IVC filter subjects at up to 60 sites in the US. All treated subjects will be evaluated at procedure, three months, six months (phone), 12 months, 18 months (phone), and 24 months post-procedure. The primary objective of this investigational device exemption (IDE) clinical investigation is to evaluate the safety and effectiveness of the commercially available IVC filters (retrievable and permanent) in subjects with clinical need for mechanical prophylaxis of PE with an IVC filter. The first patient was enrolled in October 2015. Fifty centers across the country are in the process of protocol activation and enrolling patients.
References: