A Winter's Tale: Fog and Darkness 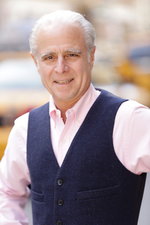 On a dark winter’s night, one can only go two ways—joy or darkness. I chose darkness. Not for any conscious reason or thought but by serendipity and coincidence. It just came that way. Ian Fleming wrote in his novel Goldfinger, “Once is happenstance. Twice is coincidence. Three times is enemy action.” Goldfinger was Ian Fleming’s seventh novel with James Bond as the protagonist. Bond has been interpreted as a modern day Saint George. You know, the guy who slayed the dragon, the dragon being Goldfinger. I digress. In retrospect, I would say the choice of darkness “coincidentally” coincided by two simultaneous events on a Saturday night in a long December.

Leonard Cohen had recently died, and the New York Times Magazine had an article about the foggiest place on Earth. Newfoundland is where the warm Gulf Stream collides with the cold waters of the Labrador Current. These two antithetical temperatures and temperaments create the foggiest place on earth. This surreal enveloping landscape invokes an otherworldly tableau. Fog obscures and envelops all at once.

To be in the hold of dense, heavenly fog, one is both disengaged and comforted by the isolation of unexpected warmth. It is diaphanous and reminds one of the evanescence of life. Leonard Cohen, whose final album You Want It Darker, does the same. This is not an uplifting tome. The man knew he was dying. If you want to hear what mortality sounds like, listen to any album written by a singer who knows the end is near: David Bowie (Blackstar), Warren Zevon (The Wind) with the pleading song “Keep Me In Your Heart” and the aforementioned Leonard Cohen.

These albums are analogous to The Last Lecture, a book by Randy Pausch who was a Professor of Computer Science at Carnegie-Mellon University in Pittsburgh. The lecture was given in September 2007. It was part of an ongoing series of lectures where top academics are asked to impart their last thoughts to the world if they knew it was to be their last lecture. Coincidentally (as per Ian Fleming), Pausch found out one month before his scheduled lecture that he had terminal pancreatic cancer.

Was this Ian Fleming’s “third time it’s enemy action” theory? Or was it as John Lennon sang in the song “Beautiful Boy,” “Life is what happens to you while your busy making other plans”? Happens a lot.

In VEIN, we don’t try to be as dark and dreary as a cold Saturday night in a long December. We feel there is a reason to believe that this year will be better than the last. We attempt to minimize the fog and create conceptual clarity about what matters to us in the vein world. This issue of VEIN has more hardcore facts than most.

The subjects covered are not foggy. This is not our last lecture (we hope). We continue our series, Mentors Who Made Me, with Mitch Goldman’s essay about his mentor Hugo Partsch. Hugo’s obsession with compression is well known. Mitch Goldman gives us insight into the cascading influence the right mentor can have.

In the movie, The Fog of War, Robert McNamara, who was the Secretary of Defense under Kennedy and Johnson during the Vietnam War, lists 11 lessons learned. Two of them are: 1. “Get the facts” and 2. “Never say never”. Factual articles by Tom Wakefield entitled The VQI VVR: The Importance of Registries in Assessing Treatment of Superficial Venous Disease, MACRA and the Phlebology Practice by AJ Riviezzo and Cheryl Nash, and Major Barrier Eliminated For Treating Patients With MOCA Vein Ablation by Adi Renbaum help us get the facts.

The never say never lessons are highlighted by John Blebea’s article about guideline development, and Dean Bender’s Is the Whole Really Greater Than the Sum of Its Parts? article. These remind us that cooperation and collaboration are really good things in the vein world. Finally, our cover story by Shelia Coogan about the genetic elements of vein disease is thought provoking and makes us think that so much can be predetermined.

There is the fog of nature such as Newfoundland’s Labrador Current phenomenon, and the Fog of War so eloquently elucidated by Robert McNamara’s take on what the hell happened in Vietnam. Yet, this concept was first introduced by the Prussian military analyst, Carl von Clausewitz, in his book Vom Kriege (1832).

He wrote, “War is the realm of uncertainty; three quarters of the factors on which action is based are wrapped in a fog of greater or lesser uncertainty.” The Germans define the fog of war, Nebel des Krieges, “as the uncertainty in situational awareness experienced by participants in military operations.” Military forces seek to reduce the fog of war through military intelligence. Basically, the more you know, the better your decisions. Sort of like treating vein disease.

This is what we try to do with each issue of VEIN—minimize the fog and give you the intelligence. Read on and enjoy.