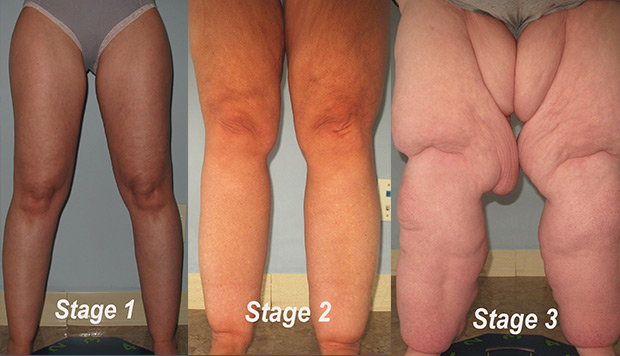 For patients with lipedema, the impact of delayed diagnosis and treatment can be ruinous. So why are we letting it happen?

It’s been said that lipedema is not rare, but the diagnosis is rarely made. Given lipedema’s high prevalence, progressive nature and potentially devastating effects on patient health and quality of life, the infrequency with which this chronic, incurable condition is detected and diagnosed by clinicians is a significant medical problem.

As vascular physicians, we occupy the front trenches in combating the disease and need to arm ourselves with information, empathy and management options for our patients.

As the name suggests, lipedema is swelling due to the pathological accumulation of subcutaneous fat, primarily in the extremities. Unlike lymphedema, it occurs almost exclusively in women and is marked by symmetrical limb swelling, most commonly in the legs, absent swelling in the hands, feet or trunk.

Though its etiology remains a mystery, it is thought to be linked to hormonal shifts (e.g., puberty, pregnancy, menopause) and genetic predisposition.3 Obesity, poor diet or a sedentary lifestyle may exacerbate lipedema, but it is a distinct condition and presents in active, diet-conscious and otherwise lean women as well as others.

While estimates vary widely, largely because of missed diagnoses and general lack of awareness, up to 11 percent of women may experience lipedema.1 As with lymphedema, it is often the patient who must convince the doctor she has the disease, and she commonly encounters dismissive skepticism and incorrect diagnosis of obesity.2,3

Patient awareness is typically a voyage of self-discovery driven by frustration at the failure of diets and exercise to reduce abnormal fat.

A 2012 survey of lipedema patients, conducted by the British Lymphology Society and Lipoedema UK, found only 9 percent of patients reported that their health care provider diagnosed lipedema the first time they reported symptoms.

Most reported that clinicians dismissed their concerns and blamed their condition on lack of exercise and proper diet. The overwhelming majority (91 percent) expressed great frustration with the medical community.

The situation is surely no better in the U.S., which lags behind Europe in lipedema awareness and research. Lengthy delays in diagnosis and repeated fat-shaming, including from clinicians, are among the reasons why depression, and despair about body image are very common among people with lipedema.5

The key distinguishing feature of lipedema is fat deposition. In people without lipedema, excess calories are predominantly deposited in intra-abdominal fat stores. In lipedema this is reversed: fat accumulates in the extremities, characteristically in a symmetrical manner. Subcutaneous fat gathers around the upper buttocks, inner thighs, inner part of the knees, in a cuff around the ankles and around the elbow.

Lipedema is categorized by the site of fat deposition, though these categories are not mutually exclusive:

Signs and symptoms of lipedema

Lipedema is marked by specific physical signs and symptoms:

Early on, most patients with lipedema experience mild or no symptoms. Fat accumulation may appear similar to common cellulite fat, with a fluffy or even rubbery feel.

As lipedema progresses, fat hyperplasia becomes lumpier and more disproportionate in contrast to cellulite fat. The skin becomes harder and feels nodular, like “beans in a bag.” Patients report a feeling of pressure or swelling and hypersensitivity to touch in the thighs and lower legs.

The symptoms generally worsen as the day progresses, particularly after long periods of standing or sitting. Patients bruise easily from minor bumps. As indicated by lack of swelling in the hands or feet, lymphatic flow is usually preserved, though lymphangiography may show a curved course of the lymphatics.

As the disease further progresses, skin loses elasticity and the skin surface becomes uneven, with protruding hills, fibrous valleys, and lobules. There is a relative coolness of the skin. Over time, the hyperplasia of fat in the subcutaneous tissue can begin to reduce lymphatic transport. Pain, fatigue and impaired mobility increase with fat accumulation.

For the patient, this progressive, painful and often disfiguring accumulation of fat can be devastating psychologically, especially if there is no recognition or understanding of its cause. Patient distress and impaired mobility may lead to calorie-balance excess and subsequent obesity.

Conditions with a similar presentation as lipedema

The signs and symptoms of lipedema may appear similar to other conditions:

To the untrained eye, lipedema may resemble lymphedema. However, as noted above, swelling in lymphedema is usually unilateral whereas lipedema is symmetrical; and unlike lymphedema, lipedema in its pure form spares the hands and feet. About 1 in 5 patients being treated for lymphedema also have lipedema.1,3

Lymphedema secondary to lipedema typically occurs in lipedema’s advanced stages, as pressure from fat accumulation compromises lymphatic transport (lipo-lymphedema). Since, among other things, the lymphatics are responsible for clearing lipids and fatty acids, compromised lymphatic flow can result in additional congestion of fat (adipocyte hypertrophy), including in hands and feet.

The development of lymphedema also exposes patients to a host of complications associated with the disease, including heightened risk of recurrent infections (e.g., cellulitis), chronic inflammation, progressive fibrosis and accelerated fat deposition.

It can sometimes be difficult to separate the two disorders, especially in more advanced cases of lipo-lymphedema.

Though obesity and lipedema are often confused, they can readily be distinguished by the site of fat deposition. Lipedema and obesity often occur concurrently, especially in advanced cases in which fatigue and impaired mobility from lipedema exacerbate weight gain—a vicious cycle with a profound psychological impact on patients.

The symptoms of lipedema and venous insufficiency are similar: swelling, heaviness, tenderness, fatigue, discoloration in the calves, easy bruising and prominent veins. Like lipedema, early-stage phlebolymphedema spares the feet.

Diagnosis of lipedema can be made on the basis of a clinical examination and family history. To date, there is no single test to diagnose lipedema. However, tests are important to rule out related disorders.

If venous insufficiency is present, venous treatment is needed to reduce venous pressures that can significantly aggravate lipedema.

Because lymphatic impairment contributes to fat deposition and can progress to chronic lipo-lymphedema, conservative treatments aimed at stimulating the lymphatics are beneficial adjuncts to lipedema management.

Compression from short-stretch wraps and self-administered manual lymphatic drainage, as well as a program of complete decongestive therapy (CDT) from a certified therapist, may also offer relief from lipedema symptoms such as heaviness, pain, and secondary swelling, as can certain medications. Conservative therapy also comprises exercise, diet and psychosocial counseling as needed.

For example, conservative treatments have little to no effect on the mobility problems that occur as a result of the abnormal accumulation of fat around the knees or thighs and do not address psychological or social issues resulting from disproportionate body shape. Conservative therapy is also unable to halt the progression of lipedema.

Another option for patient at-home lipedema management is the use of pneumatic compression devices (PCDs) to stimulate lymphatic flow. PCDs assume a major role in the at-home maintenance phase associated with CDT.8 These devices can be particularly useful for patients seeking daily symptom relief who have difficulty accessing clinical assistance or physical therapy.

PCDs vary widely in their mechanisms of action and supporting clinical data. Advanced PCDs (APCDs, HCPCS Code E0652) are more adjustable than simple PCDs (SPCDs, HCPCS Code E0651), and permit users to adjust the pressure and location of compression to concentrate on specific areas and control for comfort.

One APCD (Flexitouch Plus, Tactile Medical, Minneapolis, MN) is associated with improved edema reduction and reduced health care costs compared with SPCDs, as well as reduced costs and rates of cellulitis compared with other APCDs.8,9

The only currently available means to remove abnormal fat deposition from lipedema is liposuction, but great care must be taken to spare lymphatic structures when performing the procedure.

Traditional liposuction without special care of the lymphatics or proper tumescent technique can cause lymphatic damage and possibly worsen lipedema symptoms.10 Lymphatic-sparing tumescent liposuction and water-assisted liposuction have both been shown to achieve long-lasting improvement in symptoms.11,12

It should also be emphasized that post-surgical lipedema management, e.g., with compression garments and/or PCDs, is needed to maintain gains from liposuction and manage symptoms.

Despite (or because of) continuing indifference about lipedema from the medical community, advocacy aimed at raising awareness of the disease and funding much-needed research is growing.

The Lipedema Foundation, a U.S. non-profit founded in 2015, has raised millions to advance research. Other U.S. advocacy and research-funding non-profits include the Fat Disorders Society (FDRS) and the Lymphatic Education & Research Network (LE&RN), which also oversee a registry for the study of lymphatic diseases. A growing online patient community also supports lipedema sufferers.

Inadequate insurance coverage for surgical treatment continues to impose a significant cost burden on lipedema patients. Misconceptions about lipedema and obesity have contributed to a coding system that categorizes liposuction for even advanced lipedema as cosmetic surgery. This issue deserves the attention and advocacy of clinicians on behalf of their patients. 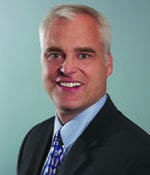 Thomas Wright is the Medical Director of Laser Lipo & Vein Center in St. Louis, MO and was one of the first of more than 200 surgeons in the nation to become a Diplomate in Phlebology by the American Board of Phlebology. Dr. Wright attended Duke University for his undergraduate degree and earned his medical degree from the University of Missouri in Columbia, Missouri.

Additional Watching: One Patient's Experience with Lipedema and Dr. Wright