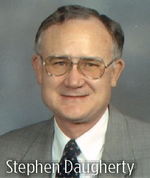 When I was training in general surgery 35 years ago, few of us could imagine the explosion in technology that has changed evaluation and management of venous disorders. We now are able to make a huge difference in the quality of life (QOL) for a large number of people who previously suffered with chronic pain, decreased activity levels, disability, decreased productivity and venous leg ulcers.

Governmental and private payors have become concerned about rapidly increasing expenses associated with venous care, and have developed medical policies which seek to limit venous care which they believe may be unnecessary or cosmetic in nature. To some part, the increased utilization is related to physicians and other professionals functioning under the license of physicians who are guilty of overutilization and misutilization of venous procedures that leads to an understandable reaction by the payors to attempt to limit services.

Unfortunately, some of the payor medical policies inappropriately restrict valid medical care for a variety of reasons, including unfamiliarity with expert developed evidence-based guidelines and medical opinion, selective misuse of medical literature, or pressure to limit care for purely financial reasons. Many of the existing medical policies are antiquated and fail to recognize modern medical management of venous disease.

Our vascular societies are increasing advocacy efforts for the benefit of our patients. I am personally dedicated to organizing outreach and collaboration between venous treatment societies and insurers so we, as physicians, can provide better and more complete care for our patients. As chairman of the ACP Healthcare Policy Committee, I am one of many people involved in this effort, and with the coalition building by Dr. Neil Khilnani, we are pleased to apply the collaborative advocacy of venous experts and societies to educate payors on practice guidelines and improve medical policies for the benefit of patients.

We want the right patient to get the right treatment, by the right person. We also recognize that our societies must be advocates to help protect patients from inappropriate or excessive care that results in extra risk, expense and lost time for the patient. We have asked some of the payors to accept our unreimbursed assistance in developing appropriate medical policies as advocates for the patients and, frankly, as advocates for the payors whose resources may be abused by excessive, inappropriate or poorly-performed treatment.

In many cases, each of the vascular societies has written its own comments about draft policies, but in some cases, there has been enough time for some of the societies to review and agree to joint letters of comment.

I was asked to review some of the recent activities by the societies in our efforts for patient advocacy. Dozens of physicians and staff have been involved in these efforts and each cannot be referenced, but there truly has been a collaborative effort by many to provide advice to the payors in order for them to develop better medical policies. We believe that the outcome can be better for the patients, the payors and the medical community.

First Coast Service Options (FCSO)--the Medicare Administrative Contractor (MAC) for Medicare Part B in Florida--published a proposed Local Coverage Determination (LCD), DL36971, in October 2016: “Non-coronary and non-cerebrovascular angiography with and without stent placement,” in an effort to restrict an observed rapid growth in arterial and venous stent procedures in Florida. The American College of Phlebology (ACPh) responded in November 2016 that the policy as written would deny treatment for life-limiting venous lesions such as:

The ACPh responded with formal comments supporting treatment of severely symptomatic chronic intrinsic and extrinsic venous obstructions and occlusions. The comments stated that the geometry of a venous lesion is the key determinant of hemodynamic significance, and that there is no basis for an arbitrary requirement of an “80 percent stenosis” for venous angioplasty and stenting (VAS). We recommended ultrasound, venographic and intravascular ultrasound (IVUS) criteria that would suggest hemodynamic significance.

The FCSO draft LCD would exclude from coverage:

The ACPh/SIR comments point out the value of stents in treating residual stenosis at the time of femoroiliocaval thrombolysis. We pointed out that VAS can treat severe symptoms of venous obstruction to improve the QOL of patients for whom we could offer little prior to development of percutaneous VAS, and that percutaneous VAS usually is the more appropriate treatment even when surgical treatment is technically possible.

The FCSO draft LCD did not reference symptoms and physical findings, and we recommended limiting VAS to C3 patients with significant symptoms refractory to compression as well as C4-C6 patients. We reviewed again the diagnostic modalities and limitations of venous ultrasound, CT venography, MR venography and IVUS. FCSO did incorporate IVUS findings in the new draft LCD as we had suggested in our original comments.

We responded to FCSO’s concerns about qualifications of physicians performing VAS and agreed that physicians who perform these services must have been trained in formal post-graduate training programs, including training in peripheral vascular medicine and intervention in interventional radiology or general surgery/vascular surgery/cardiothoracic surgery program.

We recommended that skilled and experienced physicians who completed their formal training prior to the development of VAS technology, and who learned the techniques through informal pathways when no other pathway was available, should be able to substantiate their training and experience.

The FCSO draft LCD lists many diagnostic codes relative to venous pathology, but the essential CPT code, i87.1, stenosis of vein, is not listed among the many other codes which represent secondary signs, symptoms or pathologic processes which do not, in themselves, indicate a lesion treatable with VAS.

We suggested once again to FCSO that the ACPh practice guidelines that are published on the ACPh website “Management of Obstruction of the Femoroiliocaval Venous System” should be utilized in establishing policy for VAS. We also suggested key elements that should be included in medical policy for VAS.

In June 2017, the Carrier Advisory Committee (CAC), which is composed of physicians of many specialties advising FCSO, discussed many of the issues that the vascular societies raised about the proposed LCD. There was discussion about incorporating outcome measures into the LCD and the final ACPh/SIR comments supported, using the revised Venous Clinical Severity Score (rVCCS) and patient reported outcome measures such as Veins QOL/Sym, CIVIQ, and SF-36 for following response to treatment.

Our understanding is that FCSO likely will work to write separate arterial and venous LCDs, and that FCSO was receptive to the suggestions made in writing and at the CAC meeting. The ACPh and SIR offered to provide experts to work with FCSO to develop coverage policies to support evidence-based care for the benefit of Medicare beneficiaries.

It is not clear how rapidly FCSO will develop a new LCD since the medical director involved in the process retired, but an upcoming CAC meeting is an opportunity for the appropriate physicians to seek additional input in this process.

Some of the concerns with the Novitas draft to which the societies provided specific comments and alternative suggestions include:

Novitas’ draft states, “However, limited evidence exists to support that these subjective symptoms respond to techniques designed to destroy the visible varicose veins and underlying trunks.” We suggested removing this inaccurate statement.

The societies further recommended modifying the definition of a qualified physician to be a “physician properly enrolled in Medicare, with training and expertise acquired within the framework of an accredited residency and/or fellowship program in an academic institution in the United States and/or by the applicable specialty/subspecialty society in the United States.”

Initial specialty society responses were through attendance at the public forum prior to the CAC meeting and through vascular physicians attending the CAC meeting which is limited to CAC members representing specialty societies. In mid-June of 2017, leadership representatives of the ACP and the AVF as well as several physicians in the affected region met with the medical directors of Novitas at their Dallas headquarters to discuss the many concerns of the vascular societies.

The conversation was very productive and the directors demonstrated earnest desire to consider the societies’ comments as they developed their policy. A new version of the Novitas policy is currently undergoing revision and the societies have requested a follow-up discussion with the medical directors when a revision is ready for release.

In June, 2017, National Government Services (NGS) published a proposed LCD, DL 33575, for “Treatment of Varicose Veins of the Lower Extremity.” A joint comment letter was submitted on August 2, 2017 representing 15,000 physician members of the American College of Phlebology, Society for Cardiovascular Angiography and Interventions, Society of Vascular Surgery, and the Society of Interventional Radiology.

The major concerns for which the societies submitted specific comments and alternative proposals include:

A physician representative from the ACPh attended the public meeting prior to the NGS CAC meeting. NGS has not responded to our multi-society comments and has not published any revised version of the LCD at press time.

The vascular societies and the physician members recognize a need for medical policy and guidelines that are evidence-based where possible and which include expert consensus when the evidence remains weak. Many of the societies have written guidelines for care and they are working, where possible, with the payors to assist with development of appropriate payor medical policies. These outreach efforts to the payors will increase as the societies devote more time and resources to this important aspect of providing care to our patients. We wish to support appropriate medical policy that allows beneficial medical care for venous disorders while limiting overutilization and misuse of the wonderful technology that we can now offer to benefit patients.

Dr. Stephen F. Daugherty is the chairman of the healthcare policy committee for the American College of Phlebology and the medical director of VeinCare Centers of Tennessee in Clarksville, Tennessee.