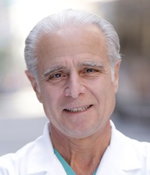 Sometimes the silence can be like thunder. Words matter. But also what isn’t said can be as powerful as the words spoken. Silence can be more powerful than cacophony. Keep this in mind as you read this letter. Most things make sense, but some do not.

I was sitting in the Kane Street Synagogue with my older son on Yom Kippur. The Torah reading for the day listed three things an observant Jew needs to not do on Yom Kippur: anoint oneself, wear leather shoes and have sexual intercourse. Are these forbidden taboos or senseless oxymorons? You decide about the semantics. I consider myself semi-observant.

Enrico Quarantelli is also observant. The New York Times Magazine does an issue entitled “The Lives They’ve Lived” at the end of every year. It chronicles the lives of some interesting people who have died in the past year. I never heard of Enrico Quarantelli until I read about his life. He was observant, not in the religious sense, but rather the sociological sense. He is credited as being the founder of “disaster analysis.” He was an optimist, not by nature, but by research.

Time and again he observed and documented that during a time of disaster people were more cooperative and helpful than self-centered and destructive. There is not overwhelming looting and destruction, but rather cooperation and pride during disasters: Hurricane Harvey in Houston, Hurricane Sandy or the Mexico City earthquake, etc. According to Quarantelli’s research, humankind is nicer than typically portrayed. We are human and kind—amazing.

Sometimes the silence can be like thunder. Or as Malcolm Forbes has said, “the art of conversation lies in listening.”

In this issue of VEIN we encourage you to listen to conversations such as the one Sergio Gianesini holds at his meeting in Italy on a beautiful island near Venice. It is hard to imagine that in such a beautiful setting a lot of international people travel to hear academic research be presented. We bring you the top five abstracts from this meeting. That is the first conversation we want you to listen to.

Since the ATTRACT Trial results were first presented at last year’s SIR meeting by Suresh Vedantham, there has been a lot of conversation at a lot of meetings. We thought it would be helpful for our readers if we gathered a group of physicians to discuss the ATTRACT trial, but more importantly from the viewpoint of what it did not tell us. You may need to live with a little bit of uncertainty as you go through our round table discussion. Be observant.

We have been speaking about venous ulcers for many, many years but have we really made progress? What may be some of the factors that have hindered this progress? Peter Pappas gives us a short treatise as to how we should think about this problem of venous ulcers and some unique solutions. In general, the simpler a procedure can be made and the shorter a procedure can be made, the more beneficial it is to physicians and patients.

Tony Gasparis and friends gives you our take on managing chronic infrainguinal venous disease. This is a technique paper with some preliminary results. We hope to make it an ongoing segment of this magazine: “Techniques For You.”

As I have said many times, “Respect the elders. Embrace the new. And encourage the improbable and impractical without bias.” Tony and his group tell us something new. Helane Fronek sheds some light on some of the elders who we should respect: her parents-in-law Drs. Kitty and Arnost Fronek, in our continuing feature “Mentors Who Made Me.”

It’s a great conversation with a lot of listening. Women in the vein world need more mentors. An article analyzing the current state of women in vein care by Lisa Amatangelo and Julie Cardoso highlights where we are in 2018. Embrace the new.

Finally, our cover story by Adi Renbaum discusses coverage and reimbursement of novel medical interventions. Adi has great insight into this issue. She has lectured extensively about this at many of our meetings. I think we all will relate to what she has to say. Her thoughtful, insightful article has information that we will definitely need going forward. It highlights some senseless oxymorons and forbidden taboos.

After you are done reading VEIN and realize that just listening and absorbing has its own virtues, reflect on the contrast of Jane Juska’s life, also portrayed in The New York Times Magazine issue “The Lives They’ve Lived.” Jane Juska is the author of Round-Heeled Woman: My Late-Life Adventures in Sex and Romance and Mrs. Bennett Has Her Say. In 1999, at the age of 66, she put an ad in The New York Review of Books stating, “before I turn 67 next March I would like to have a lot of sex with a man I like.” She received 63 replies.

Her adventure until her death at the age of 84 is analogous to the Heisenberg uncertainty principle of physics—an esoteric and fascinating concept that may have little relevance in most of our readers’ real lives, but is so abstract and incomprehensible that one really wants to understand it for no practical reason but only to say that you understand it. It’s sort of like trying to make sense of an insurance company’s vein care coverage—always a moving target.

In 1927 Werner Heisenberg, a German physicist, stated that one cannot simultaneously know the exact speed and the exact position of an object. It’s quantum physics at its most absurd—a senseless oxymoron or forbidden taboo? Sometimes things just need to be simplified to be best understood.

In VEIN this time we have tried to simplify the vein world so that the issues we face on a daily basis don’t seem like the Heisenberg uncertainty principle. Rather, we try to give you a practical real-life perspective—no oxymorons and no forbidden taboos. Or as Bob Dylan said in a 1964 New Yorker interview, “you can find out a lot about a small town by hanging around its poolroom.”

In this issue we encourage you to play pool.