Veins in Athletes and Bodybuilders: One Vein Physician Gives an Alternate Explanation 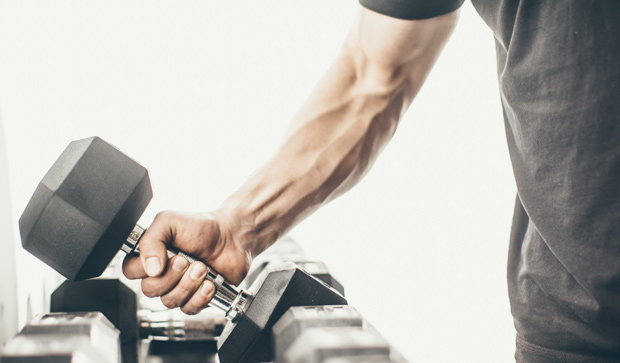 You shouldn’t necessarily do it from the office, but if the opportunity arises, try searching bodybuilders on the internet.

Hit images, and you’ll bring up photos of men and women flexing muscles the size of Texas beef briskets.

Notice the garden hoses snaking across their skin. Why are these vessels so huge?

Low Body Fat May Not Be the Reason

Conventional wisdom—according to the most reliable of internet resources, Wikipedia—maintains that this appearance, referred to by mesomorph aficionados as vascularity, occurs when extremely low total body fat content produces thin, almost translucent skin.

To the extent that it reflects discipline in diet and training, vascularity is generally considered a positive attribute in the bodybuilding world.

But is this explanation accurate? Are prominent superficial veins in bodybuilders simply the result of lean, nearly transparent skin? Or, is there another explanation?

I don’t buy the idea that these veins are prominent because of low body fat or general thinness. A skinny person doesn’t necessarily have prominent cutaneous or subcutaneous veins.

If you were brave enough to search for bodybuilders on the internet, try searching for fashion models or anorexia. You’ll find physiques ranging from "I’ve been doing Ornish for three weeks” to pathologically malnourished. But despite extreme thinness, few will have obvious superficial vessels.

The Alternative Explanation for a Bodybuilder's Bulging Veins

I have an alternative explanation for the bulging veins that cover beach bods and muscle men.

I think the thick serpents sliding up the arm, crossing the shoulder joint, extending onto the anterior chest wall—and perhaps even crossing the sternum to the contralateral side of the chest—look suspiciously like acromegalic versions of the collateral veins that normally develop in response to chronic occlusion of the subclavian or axillary veins.

Could these ropes simply be oversized venous collaterals?

If they are indeed collateral veins, it implies that the underlying deep veins are obstructed. This may not be a far-fetched idea. Even in people with a normal body habitus, it’s not uncommon for muscles to compress the deep veins.

Venous compression by muscle (1) typically involves the arms or legs, and (2) is usually positional. Examples like venous thoracic outlet syndrome and venous popliteal entrapment are well-documented.

Indeed, the basic mechanism of the calf muscle pump requires skeletal muscle to compress nearby veins and forcibly squeeze out the blood within them.

If muscle can routinely compress the deep vein and cause obstruction in otherwise normal individuals, it seems feasible that the hypertrophic muscles of bodybuilders and weightlifters might likewise compress the deep veins during activities like exercise, or when the limbs are flexed in certain positions.

If the muscles become bulky enough, perhaps extrinsic venous compression will evolve from intermittent to continuous, causing the surface veins to enlarge and collateralize into conduits large enough to restore venous drainage.

The literature addressing the cause of prominent superficial veins in athletes, weightlifters, and bodybuilders is sparse. To investigate whether the hefty superficial veins associated with deep venous compression could be caused by muscular hypertrophy, I studied my own venous blood flow before and during contraction of my arm muscles.

With the help of a veteran vascular laboratory technologist, my left brachial (deep) and basilic (superficial) veins were identified using duplex scanning, and baseline values for cross-sectional area and blood velocities were obtained under resting conditions.

The next step involved flexing my elbow to 90° and tensing the muscles of my arm. During the spectacular gun show that followed, the technologist re-scanned my arm. My massive bicep, now shortened, widened, and hard as a rock, completely compressed and occluded the nearby brachial vein. There was no blood flow through the vessel. 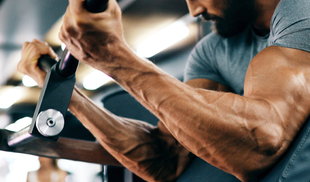 In contrast, the basilic vein increased by more than 50% in cross-sectional diameter, and the velocity of the flow through it increased roughly five-fold. Indeed, the basilic vein had apparently transformed into a collateral vessel, draining the blood that had previously flowed through the brachial vein.

At this point, to the disappointment of onlookers, I stopped flexing and underwent a third scan. The basilic vein shrank dramatically, and the brachial vein reopened.

An N-of-1 trial may not seem statistically impressive to most scientific investigators, but it can be enough to convince someone preparing to jump out of an airplane that having a parachute is better than not having one.

In this experiment, a single trial was enough to convince me that muscular contraction could indeed compress the deep veins. Moreover, it stands to reason that the deep veins might be continually compressed—even with the arm relaxed—if the muscles are sufficiently hypertrophied.

The implications here aren’t insignificant. We obviously depend upon adequate venous drainage for optimal athletic performance. If the return of blood is impaired enough to cause venous congestion, we might reasonably expect the affected areas to experience fatigue, loss of speed and strength, discomfort, and other problems. 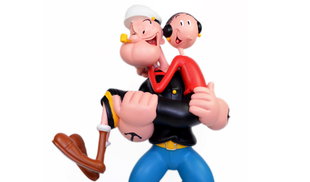 Perhaps this phenomenon contributes to the concept of a muscle-bound athlete—a person with muscles so large that they allegedly cause musculoskeletal inflexibility, or otherwise paradoxically limit athletic performance.

As a child, I was always amazed that Popeye—a relatively scrawny, oddly built sailor man—consistently outlasted and ultimately defeated the much larger and bulkier Bluto every time they fought. Was Bluto a victim of his massive muscles and the compression they exerted on his deep venous system?

This leads to yet another observation and question. Not every athlete, including those who lift weights, develops prominent superficial veins. Is the absence of large subcutaneous veins a positive thing or a negative thing for an athlete? Perhaps the absence of prominent veins means the muscles haven’t enlarged to the point where they’re causing (chronic) compression of the deep venous system.

If so, that would be good for overall athletic performance. However, it is also possible that hypertrophied muscles are indeed compressing the deep system, but these individuals are simply “bad” at manufacturing collateral (superficial) veins. In this case, the lack of collateral veins would be a negative thing.

In a similar fashion, prominent superficial veins on an athlete or bodybuilder imply that the deep system is obstructed (a negative thing), but also suggests that extensive collateral veins have formed in response (a positive thing).

For a muscular athlete, bodybuilder, or weightlifter, which appearance implies the best venous return and therefore the best athletic capacity? Would it be smooth skin with no superficial veins or the presence of enormous vessels bulging through the skin?

The importance of superficial veins for the muscular athlete may be a largely theoretical concern until we consider one common situation: the athlete with varicose veins. Unfortunately, simply being in superb physical condition does not protect an individual from developing varicose veins.

When varicosities develop in the legs of athletes, especially those involved with sports requiring extensive use of the legs like running or cycling, is the athlete better off keeping them? Or, should they have them removed? 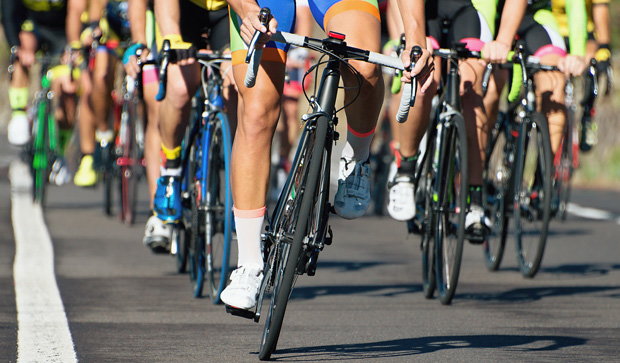 On one hand, there’s nothing about athletic conditioning or muscular development that necessarily reduces the discomfort or pain produced by varicose veins.

When someone with varicose veins stands upright, the large incompetent vessels distend, become congested, and produce symptoms. This pathophysiology affects muscular athletes as well as couch potatoes, and removing the varicosities reduces symptoms in both athletes and non-athletes alike.

It’s a different story during exercise. In the athlete, incompetent varicose veins may be a nuisance at rest, but might still function as an important collateral vessel during exercise.

For example, cyclists may intermittently compress or pinch off their veins—especially at the knee— thousands of times during the course of a race. When this occurs, the same varicosed saphenous vein that causes bothersome symptoms at rest may provide a collateral conduit for venous return—one that could make the difference between winning and losing.

It obviously might not be in the athlete's best interest to remove or ablate a grossly incompetent saphenous vein in this setting. But that doesn’t stop some people from trying.

Now that you’re fearless about surfing the internet, try searching for varicose veins and athletes. There is no shortage of sites advertising vein removal services for those with athletic inclinations. Vein removal procedures may be highly appropriate for some of these individuals, but maybe not so much for others.

As usual, I am ending my thoughts with far more questions than answers. With regard to venous function in athletes and bodybuilders, there are plenty of unresolved issues. When the deep veins are obstructed by extrinsic muscular compression, do the superficial veins transform into collateral routes for venous return?

Does superficial vein enlargement improve venous return and, if so, does this also improve athletic performance? Will muscle enlargement (hypertrophy) compress and obstruct the deep veins? Can you really have too much muscle?

Do all athletes have the ability to form adequate superficial collateral veins? Is athletic performance improved by the development of these veins? Is it possible that specific exercise techniques, training, nutrition, drugs, etc., can improve collateral vein formation?

And finally—perhaps most importantly for the practitioner—does removal of incompetent saphenous veins or other varicosities impair performance in certain athletes?