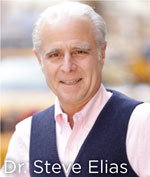 David Salle is an artist. He has some mentors; as we all do. He was one of those 80s guys. He has been described as “a tour guide in Hell’ by Peter Schjeldahl in his book Art in America. David Salle counts the artist Robert Rauschenberg as a mentor and friend. We all need mentors and friends. None of us “burst forth like a supernova.” We are products of our upbringing. James Patterson, the world’s highestpaid author, says in an article in Esquire magazine that “my father was a cheap bastard. He grew up in the Newburgh, New York Poorhouse. The only treat my sister and I got was to see a double feature every Saturday. Otherwise’ it was a frugal existence.” We all need to remember our upbringing, venous and otherwise. It is how we see the world.

Not many of us follow a straight line. David Salle said, “Bob (Robert Rauschenberg) planted a lot of trees, not all of them bore fruit.” The important takeaway is that he tried. It doesn’t always go the way you would like, but as it was written on the walls of my high school which was constructed in the 1930s during the Great Depression by the WPA “Works Project Administration,” “the virtue lies in the struggle not the prize” a very proletariat, practical treatise on life. To succeed, failure needs to be an option. When Robert Rauschenberg combined disparate elements in his “combine” called “Monogram” was he thinking: “I don’t know if this will work, but what the hell, I’ll try it?” Monogram is a multimedia work consisting of a stuffed goat with a tire around its waist standing on a painting. A very good painting. Shades of Marcel Duchamp’s ready-mades.

Robert Rauschenberg was a combiner— he included seemingly unconnected things to create a whole. He lived his personal life in a way that included a large swath of experience. He combined things and experiences. He studied in Paris after growing up in the heart of Texas. He had relationships with men and women. He embraced life as a whole, made up of parts. 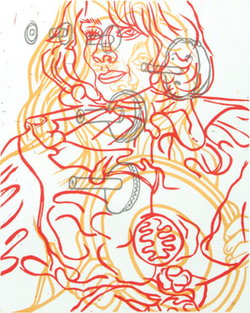 Now as vein specialists we don’t need to be Robert Rauschenberg or David Salle. But we do need to look at the whole pie, not just the slices. In this issue of VEIN, we give you a lot of whole pies. This is our 10th year. That means 10 years of issues, 10 years of covers, 10 years of topics. We have sprinkled this issue with articles and images that depict or summarize some of the important things that have occurred in the vein world in the last 10 years. We hope you appreciate where we all have been, but the future is now.

Our future depends upon more and more societal cooperation. Stephen Daugherty explains how Medicare coverage efforts have brought many individuals and societies together to achieve the common goal of better medical policies for better vein care. Better care also comes from research and good data. Core labs are essential to this goal; Raghu Kolluri takes us through his experience to bring us the “next essential,” the modern day core lab. All organizations need and have administrative leaders. Dean Bender is the newest and the latest. He is well known to many of us, and his new position as the ACP Executive Director should help physicians, industry and other societies.

Most of us don’t consider the vein treatment workplace as dangerous but some of us eventually “get hurt on the job.” Carolyn Coffin writes about occupational injury risks and specifically about how it pertains to us. Something we don’t think about every day. Most of us do think about the calf muscle pump, and Darren Wennen brings us up-to-date about this important “organ.” Lastly, we highlight some old ideas and some young ones. Our roundtable article “Runnin’ Down a Dream” brings together a group of individuals who have been involved in the old idea of developing a functioning deep venous valve. A new group of technologies and techniques are now in various stages of development. A new young group of potential venous leaders are also maturing and ready to become more involved with the old idea of vein care. 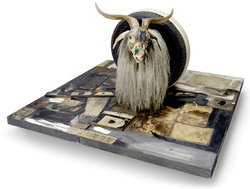 In this issue, none of our contributors are a little too old or a little too young, but Robert Rauschenberg was a little too old and David Salle was a little too young to be personally threatened by the Vietnam War. Ken Burns, the great documentarian, is now tackling the Vietnam War. The story he tells is from the viewpoint of “decisions.” Decisions that are about making better decisions or avoiding really, really bad ones. Isn’t this what we do on a daily basis when caring for our vein patients? The Vietnam War is the epitome of decision-making gone wrong. The worst decision pathway is called “escalation of commitment to a losing course of action.” One makes a decision, it doesn’t work out and instead of taking a step back to evaluate, you get lost and keep trying to make another decision to rectify the first wrong one. The “original sin” is the first decision. The “critical cocktail” decision is the second one that sends you down the rabbit hole. In VEIN we strive to help you make better decisions.

Mauerpark, also known as Wall Park, is a great example of making better decisions. It is in Berlin, and is where the “death strip” was in post-WWII Germany. It was the barbed wire boundary between East and West Berlin, (i.e. the Berlin Wall). A lot of people were shot and killed when they tried to escape to West Berlin. Ronald Reagan unknowingly was the impetus for Mauerpark when he said, “Mr. Gorbachev—tear down this wall.” This better decision by Ronald Reagan, in a convoluted way, led to Bearpit Karaoke. Every Sunday in Mauerpark, April through October, 50 people participate in this event. It is a weekly celebration of freedom and equality. No one boos or judges, they just support the performers. They have moved on from a past of very bad decisions. They understand the past but live in the present.

When taking care of patients with vein disease, we need to read and understand the past but also be in the present and do what the most recent data tells us. If something didn’t work, step back, reevaluate, reassess and make another decision based on new or more recent data. But no one is ever perfect. As Henry Kissinger said of Vietnam, “we will not make the same old mistakes. We will make our own.” Unfortunately, Henry was wrong. They made the same old mistakes and their own. A disaster. During the past 10 years in VEIN we have tried to help you minimize the same old mistakes and disasters. We give you current data and ideas so hopefully you will rarely make your own mistakes. No pictorial architecture or discarded eloquence, just decisions and more decisions. Here’s to the next 10 years.